Home » Health News » The way to a woman’s heart is through her stomach: Study 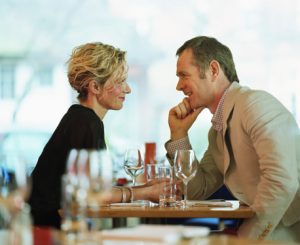 The common notion of the way to a man’s heart being through his stomach now holds true for women as uncovered by researchers at Drexel University.

A well put-together dinner can spark romance, and it’s commonly believed that to get the man you should make him a meal. Women, on the other hand, were thought to be more complicated, and for them romance begins in the brain.

First study author Alice Ely said, “We found that young women, both with and without a history of dieting, had greater brain activation in response to romantic pictures in reward-related neural regions after having eaten than when hungry.”

Earlier work from Ely observed changes in the brain that occurred when the body was fed. Particular attention was put on the different responses in women with a future risk of obesity and women who never dieted. The study group consisted of young, college-age women of average weight.

The findings from the 2014 study, which was published in Obesity, uncovered women with a history of dieting responded more to positive food cues.

Ely added, “In the fed state, historical dieters had a greater reaction in the reward regions than the other two groups to highly palatable food cues versus neutral or moderately palatable cues.”

Based on the results, Ely concluded that among historical dieters at higher risk of future obesity there may be a predisposition by their brain reward center to crave food more so than those who have never dieted.

Ely said, “Based on this study, we hypothesized that historical dieters are differentially sensitive – after eating – to rewards in general, so we tested this perception by comparing the same groups’ brain activation when viewing romantic pictures compared to neutral stimuli in a fasted and fed state.” The tests were completed with MRI imaging.

Both groups equally responded to romantic cues when fed, but historical dieters had notable differences in regions of the brain that were not seen among non-dieters.

Ely concluded, “The pattern of response was similar to historical dieter’s activation when viewing highly palatable food cues and is consistent with research showing overlapping brain-based responses to sex, drugs and food.”

The findings were published in Appetite.