Home » General Health » Wallpaper may be dangerous to your health 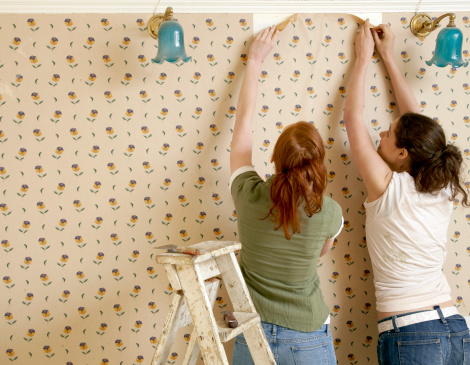 A new study suggests that wallpaper could contribute to poor health. The health condition is known as “sick building syndrome,” and it occurs as a result of toxins and fungus growing underneath wallpaper. It becomes airborne, allowing it to enter the human body and cause illness.

Corresponding author Dr. Jean-Denis Bailly explained, “We demonstrated that mycotoxins could be transferred from a moldy material to air, under conditions that may be encountered in buildings. Thus, mycotoxins can be inhaled and should be investigated as parameters of indoor air quality, especially in homes with visible fungal contamination.”

For the study, researchers simulated airflow over a piece of wallpaper contaminated with three types of fungus that are commonly found indoors.

“Most of the airborne toxins are likely to be located on fungal spores, but we also demonstrated that part of the toxic load was found on very small particles—dust or tiny fragments of wallpaper, that could be easily inhaled,” added Bailly.
Mycotoxins are often found on food, but if found in the air, they could affect air quality.
Some suggest simply improving the energy efficiency within a home or building, but Bailly suggests this may actually aggravate the problem. Energy efficient homes “are strongly isolated from the outside to save energy, but various water-using appliances such as coffee makers could lead to favorable conditions for fungal growth,” concluded Bailly.

So, how do you prevent sick building syndrome? It involves proper maintenance of the HVAC systems so that contamination doesn’t occur, along with ensuring proper airflow and distribution throughout the building.

Other prevention tips for sick building syndrome include storing all chemicals properly, purchasing furniture and carpets with little to no volatile organic compounds (VOCs), and only painting with low-VOC paints. Lastly, ensure that air intake from outside isn’t taking polluted air.