Home » Brain Function » Do this one thing for better memory 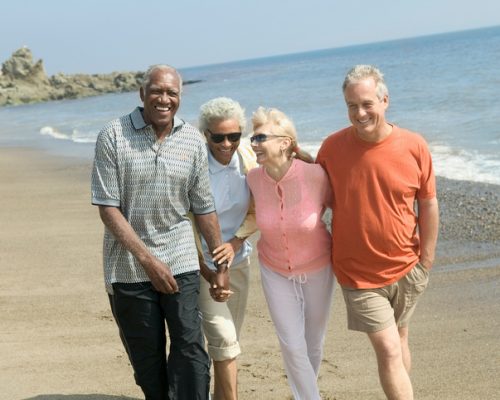 The list of exercise benefits seems almost endless, from strengthening bones to promoting weight loss, to even keeping your heart strong and healthy. We are told over and over again we should be exercising, but depending on our age that may be a struggle.

The good news is, exercise doesn’t have to be intense if you want to start improving your memory. That’s right, research has shown that even the simplest of all exercises – walking – is enough to boost your brain power and strengthen your memory, and it’s not even hard to do!

An Australian study found that daily physical activity beginning in mid-life is a great defense against age-related memory loss. The study followed 387 women for two decades and found that those women who did some form of movement daily were less likely to suffer from age-related memory loss in their 60s and 70s, compared to those who did not partake in daily movement.

These active individuals were not necessarily spending countless hours in the gym. They simply kept on moving in one way or another throughout their day – that doesn’t sound so hard, does it?

Neurologist Cassandra Szoeke explained, “It turned out that just any type of physical activity on a daily basis was important for cognition 20 years later. These are people who walk around the block every day – they don’t jog.”
Previous studies involving 60- and 70-year-olds showed that exercise slows down the progression of cognitive decline, though researchers do acknowledge that age-related memory loss develops over decades, so the earlier you begin boosting your brain health, the better.

The researchers found that physical activity had the most protective effects on short-term memory, but they could not determine exactly how much protection exercise offers. On the other hand, greater physical activity frequency was shown to be more effective than performing aerobic exercises. Szoeke explained, “People who were moving once a week had worse memory than those who were moving daily. We found a linear relationship.”

The study shows that the benefits of exercise – in any shape or form –go beyond weight loss and heart health, and can help keep your thinking sharp and your memory intact. So don’t feel like you necessarily have to hit the gym in order to reap those benefits – instead, take a stroll outdoors or in a shopping center to start improving your memory today.

Exercise like pumping iron for your brain (and your memory)