Home » Health News » Vitamin D does not reduce the frequency or severity of colds in asthma patients: Study 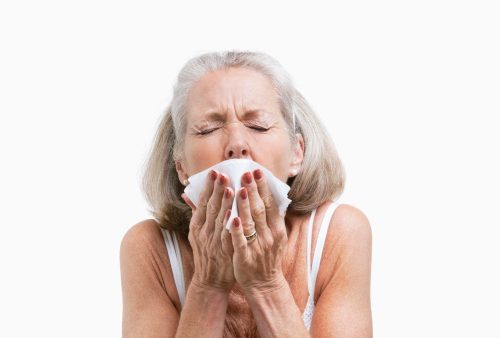 Vitamin D does not reduce the risk of an asthma patient catching a cold, according to a new study. The findings were surprising, due to the fact that previous studies found a 40 percent decrease in asthma related issues for patients who raised their vitamin D levels from deficient to normal. The researchers previously concluded that because asthma can be triggered by colds, taking vitamin D supplements should be able to reduce colds and the severity of colds.

Loren C. Denlinger, M.D., Ph.D., associate professor of medicine at the University of Wisconsin, said, “Other studies of vitamin D and colds have produced mixed results. Most of those studies were conducted among healthy patients. We wanted to ask the same question of a patient population in which the impact of a cold carries greater risk.”

Dr. Denlinger and colleagues performed a randomized, controlled trial on 408 adults who had mild-to-moderate cases of asthma and low levels (insufficient or deficient) of vitamin D. The participants were undergoing inhaled corticosteroid (ICS) tapering to test whether vitamin D could increase the strength and effectiveness of ICS. For 28 weeks, the patients either received a vitamin D supplement or a placebo.

During the study, half the participants experienced one cold, or more, at ranging severities. The results showed that although 82 percent of those receiving the vitamin D were able to achieve sufficient levels within the first 12 weeks, it still made no difference to how many colds they had or the severity of their colds.

After the new outcome was reached, Dr. Denlinger said, “We can’t recommend vitamin D for the prevention of colds.” However, vitamin D can still be useful for asthma patients for many reasons, including the fact that asthma sufferers have an increased risk of experiencing bone weakening and vitamin D aids the absorption of calcium.

The findings were published in the American Journal of Respiratory and Critical Care Medicine.