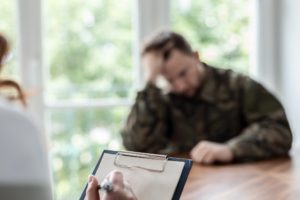 New research published in Circulation: Cardiovascular Quality and Outcomes, an American Heart Association journal, helps to outline a connection that is known to be well established. Mental health and cardiovascular disease are known to be linked, but there has been little research and data on which mental health conditions pose the highest risk.

For this study, researchers looked at veterans at risk for major heart disease and stroke events and death that were associated with depression, anxiety, PTSD, psychosis, and bipolar disorder. This data was collected from more than 1.6 million veterans aged 45 to 80 who received care in the Department of Veterans Affairs healthcare system from 2010-2014. Approximately 45% of the men and 63% of the women had been previously diagnosed with a mental health disorder.

The findings showed both men and women with various mental health diagnoses had a higher risk of cardiovascular events and death over five years. The results were controlled for age and cardiovascular risk factors such as cholesterol and blood pressure.

For all participants, including both male and female, a diagnosis of psychosis posed the strongest risk for heart attack, stroke, and death from cardiovascular disease.

This study was not intended to find why veterans with mental health conditions have a higher risk of cardiovascular events, but the authors of the study hypothesize that chronic stress due to mental health problems could play a role.

Although this study was significant in participant size, researchers do warn that results could differ in the population outside of the Veterans Affairs health system. More research is needed to assess why there is such a connection, and how the risk could be diminished.