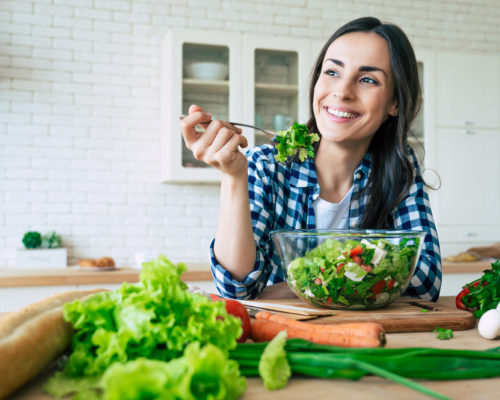 Consuming a vegetarian diet rich in nuts, vegetables, and soy could lower the risk of stroke compared to meat-eaters. New research published in the medical journal of the American Academy of Neurology, Neurology shows a vegetarian diet was beneficial and reduced the risk of ischemic stroke even after adjusting for known risk factors.

Study author Chin-Lon Lin, M.D. of Tzu Chi University in Hualien, Taiwan said, “Stroke is the second most common cause of death worldwide and a leading cause of disability. Stroke can also contribute to dementia. If we could reduce the number of strokes by people making changes to their diets, that would have a major impact on overall public health.”

The study analyzed two groups of people from Buddhist communities in Taiwan who consumed mostly vegetarian diets and where smoking and drinking alcohol is discouraged. Approximately 30% of participants in both groups were vegetarians, and 25% of those were men.

Over the six years of data from the first group, it was found that there were 54 stokes in total. For ischemic strokes, which are stokes when blood flow to part of the brain is blocked, there were three stokes among 1,424 vegetarians. This was compared to 28 strokes among 3,626 non-vegetarians. After adjusting for known risk factors such as high blood pressure and diabetes, researchers found that vegetarians in this group had a 74% lower risk of ischemic stroke than non-vegetarians.

The Risk of Stroke

“Overall, our study found that a vegetarian diet was beneficial and reduced the risk of ischemic stroke even after adjusting for known risk factors like blood pressure, blood glucose levels and fats in the blood,” said Lin. “This could mean that perhaps there is some other protective mechanism that may protecting those who eat a vegetarian diet from stroke.”

With the amount of research aimed at a vegetarian diet, there is no denying the health benefits it can offer. Many health care professionals recommend reducing meat intake and adding more fruits and vegetables to their daily diet.

Although this study had limitations, it helps to confirm how a plant-based diet can affect stroke later in life. One limitation of the study was that the participants did not drink or smoke, so results may not reflect the general population. Also, results from the study population in Taiwan may not be generalizable worldwide, so more research is needed to confirm these results.