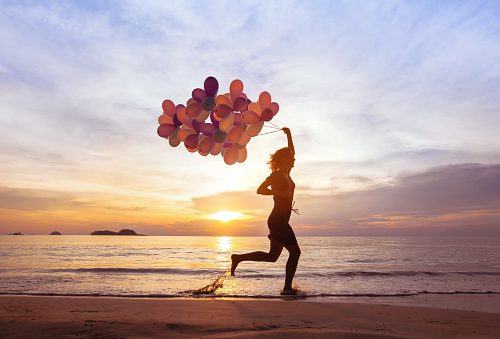 Being human allows us to experience the world around us and live our lives as we see fit. Some will base their lives on rules and structure, others let emotion guide the way they live, but most people try to find a balance between the two. It is emotions that make us unique as humans, and according to a new study, having a variety of upbeat emotion can lead to better health.

Positive emotions include calmness, cheeriness, and enthusiasm, and people who have a range of these feelings in their daily lives were found to have lower levels of inflammation compared to those who had a narrower range of emotions.

Inflammation is a biological response that bodily tissue has to harmful stimuli such as pathogens, damaged cells, or irritants. It is a protected response by the body involving immune cells, blood vessels, and molecular mediators. Lower levels of inflammation are linked to a lower risk of premature death and chronic disease like diabetes.

“There are many kinds of happiness, and experiencing a diversity of emotional states might reduce a person’s vulnerability to psychopathology by preventing any one emotion from dominating their emotional life,” said lead author Anthony Ong, a professor of human development at the College of Human Ecology and professor of geriatrics and palliative medicine at Weill Cornell Medicine.

This influence on biological health helps shed light on the process of systemic inflammation of the body and how positive emotion can affect it. However, little is known about how emotional experiences influence health outcomes.

The researchers analyzed the abundance of different emotions people experience—referred to as “emodiversity”—and markers of inflammation in the body.

Low emodiversity is when a person feels about the same through most of the day, with emotions concentrated in just a few categories.

High emodiversity is when a person feels a range of emotions throughout the day, ideally having them distributed evenly across the spectrum of feelings.

“Emotions serve functional roles for individuals, helping them prioritize and regulate behavior in ways that optimize adjustment to situational demands. Our findings suggest that depletion or overabundance of positive emotions, in particular, has consequences for the functioning and health of one’s emotional ecosystem,” Ong said.

The researchers believe that our emotions play a bigger role in our overall health than we think. Studies such as this help shed light on to this relatively unknown branch of medical science.

How your heart health affects your emotions

Women better able to read thoughts and emotions through eyes