Home » Health News » Use Your Body to Boost Your Brain 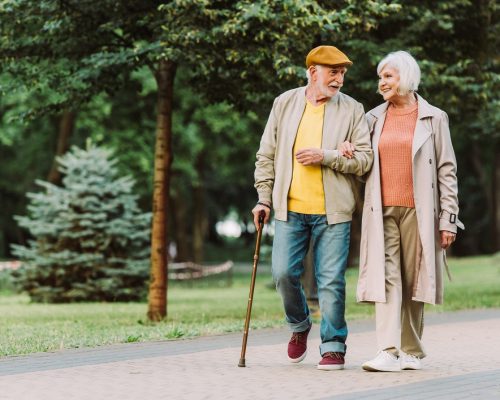 People don’t typically associate bodies with brains. Think about it: the stereotypical jock is all muscle and no brains, while brainiacs are usually small and skinny.

But your body does have a lot to do with how your brain works. Living an active life that includes plenty of exercises can help you stay sharp in old age, potentially contributing to better memory, improved cognition, and perhaps delaying dementia.

There is data suggesting that exercise can boost brain health both directly and indirectly. Direct benefits can include enhanced blood flow, increasing the thickness of the cerebral cortex, reducing inflammation, and reducing cortisol, the stress hormone.

Indirectly, exercise can contribute to a better mood, higher quality sleep, and less stress and anxiety. Issues in these areas are commonly associated with cognitive impairment.

Regardless of exactly how it works, exercise is associated with a longer life, better cognitive function, memory, and dementia risk.

Your brain benefits when your body is working.

There is also data to show that people who walk every day are less likely to progress from mild cognitive impairment (MCI), a precursor to dementia, and full-blown dementia. That means that starting an exercise routine may delay dementia in people who could be genetically susceptible to the condition.

One study found that active people performed better on memory and thinking tests and had a substantially lower dementia risk than sedentary people.

So, what kind of exercise is best? Much of the research shows aerobic exercise is the best for your brain. That includes activities like walking, jogging, dancing, cycling, and more. Shoot for about 30-40 minutes per day and you will be doing your brain a favor.

Another study found that even people who did not meet exercise guidelines could still experience benefits. It showed that each hour of light exercise and reaching 7,500 steps per day was associated with higher brain volume, essentially slowing “brain aging.”

So get moving! It could be one of the best things you can do for your brain.