Home » Health News » Use of antipsychotic drugs increases with age 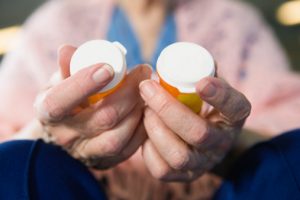 Researchers looked at antipsychotic prescriptions filled between 2006 and 2010. The researchers found that many of the older adults taking antipsychotic drugs did so in excess of 120 days.

Senior advisor of mental health services, Dr. Michael Schoenbaum, said, “In light of these risks, the FDA has issued warnings of increased mortality regarding antipsychotics in elderly patients with dementia, particularly for ‘atypical’ (or 2nd generation) antipsychotics. Nevertheless, around 80 percent of antipsychotic prescriptions among adults 65 and older were for atypical medications.”

He then said, “Typically, psychiatrists are more familiar with the properties of antipsychotic medications. However, about half of the people age 65 to 69 and only one-fifth of those age 80 to 84 who were treated with antipsychotics received any of these prescriptions from psychiatrists.”

The FDA has approved the use of antipsychotic drugs for those with bipolar disorder or schizophrenia, but the researchers found that many of the older adults being prescribed such medications did not have either diagnosis.

Lead author, Mark Olfson, said, “The results of the study suggest a need to focus on new ways to treat the underlying causes of agitation and confusion in the elderly. The public health community needs to give greater attention to targeted environmental and behavioral treatments rather than medications.”

The findings were published in the Journal of Clinical Psychology.