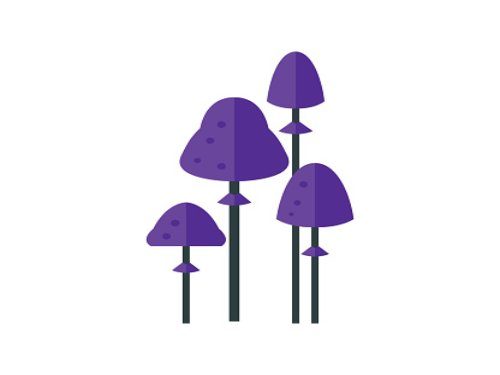 Drug use has always faced the stigma of being associated with crime and abuse, often leading users down a spiral of criminal behavior and self-destruction. However, new research suggests that the opposite may be true for a particular group of recreational drugs.

Psychedelic drugs such as magic mushrooms (psilocybin), LSD, and peyote (mescaline) have been the focus of a new study investigating their effects. It was discovered that they are associated with a decreased likelihood of antisocial criminal behavior.

This category of recreational drug is often described as providing euphoria, altered thinking processes, closed and open-eye visuals, an altered sense of time, and even spiritual experiences.

Spinning a negative into a positive

This finding creates the possibility of using some form of these drugs to reduce socially disruptive traits in prone individuals.

“These findings, coupled with both older and emerging bodies of evidence, make a case that classic psychedelics may provide enduring benefits for criminal justice populations. They certainly suggest that clinical research with classic psychedelics in forensic settings should be considered,” said Peter Hendricks, Ph.D., associate professor in the Department of Health Behavior.

The study in question used data obtained from the National Survey on Drug Use and Health. After analyzing the information, it was concluded that those who used a classic psychedelic, and to some degree psilocybin specifically, were associated with a decreased likelihood of larceny, theft, and other property crimes. Additionally, these individuals also had a decreased likelihood of assault and other violent crimes.

Nearly 480,000 U.S. adults took part in the national survey over the 13 years investigated. Specific questions about past use of a number of classic psychedelic drugs were asked, including use of ayahuasca (a traditional spiritual medicine used by indigenous peoples of the Amazon basin), dimethyltryptamine, LSD, mescaline, peyote, San Pedro (mescaline-containing cacti), and psilocybin mushrooms.


Past users found to retain benefit

However, other illicit drug use was associated with an increased likelihood of criminal behavior. The findings pertaining to classic psychedelic drugs should be viewed differently, as they may have enduring psychological and prosocial benefits, according to the researchers.

“The development of innovative and effective interventions to prevent criminal behavior is an obvious priority,” he said. “Our findings suggest the protective effects of classic psychedelic use are attributable to genuine reductions in antisocial behavior rather than reflecting improved evasion of arrest. Simply put, the positive effects associated with classic psychedelic use appear to be reliable. Given the costs of criminal behavior, the potential represented by this treatment paradigm is significant.”