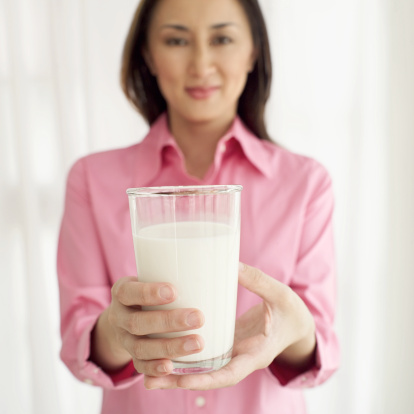 When it comes to ensuring good health and strong bones as we age, most of us have come to think of a tall, cold glass of milk as the ultimate symbol of health and wellbeing. However, according to a study from the University of Jaen in Spain, milk may no longer provide the clean bill of health that we once expected it to – in fact, it may just be having the opposite effect. Research published in the Journal of Agricultural and Food Chemistry recently discovered up to 20 different pharmaceutical products present in tested samples of average, store-bought milk. This means that each well-intentioned sip we take brings with it a pharmacopeia of painkillers, antibiotics and other medications that we certainly didn’t intend on taking.

Researchers analyzed 20 samples of milk (including cows’ milk, goats’ milk and human breast milk) that were purchased in Spain and Morocco.  Removal of proteins from milk, followed by sample enrichment and cleanup using continuous solid-phase extraction, were processes used to prepare the milk samples for the study. Then another process, called gas chromatography-mass spectrometry, was used to determine the pharmaceutically active substances that were present in the samples.  This high-tech method was used successfully to determine the pharmaceutically active ingredients in whole, raw, half-skim, skim, and powdered milk from the various sources.

The researchers found that various pharmaceutically-active substances were present in all of the samples; cows’ milk being the most contaminated.  This finding wasn’t surprising to the researchers as cows are often given growth hormones, antibiotics and questionable feed. The active pharmaceutical substances that were found in the samples included: antibiotics, non-steroidal anti-inflammatories (commonly used as painkillers), antiseptics, antiepileptic, lipid regulators, beta-blockers, and various hormones.

The researchers state that the levels of active pharmaceutical substances found were so small that there is no need to worry about their adverse effects.  However, many consumers may be left wondering if conventional milk products are the healthiest option after learning about the hidden substances that may be found in their regular milk products.  Other options for dairy choices do exist for customers, including organic milk products and milk alternatives.

Organic as an Option?

The organic food market is growing rapidly around the world, and was valued at $56 billion in 2011. In 2009, organic dairy accounted for about $7 billion of the global organic market. The demand for organic food products is growing in Canada and the United States as well.  During the 2011/2012 year, 218 farms in Canada produced organic milk, representing about 1.19% of all Canadian dairy production. In the United States, the organic food market totalled over $29 billion in 2011, with dairy accounting for the largest share of the market.  According to Agriculture and Agri-Food Canada, in order to be labelled as a certified organic product in Canada, the product must meet the following criteria:

Making the switch from traditional cow’s milk to organic milk will cost you about 15-20% more which is due to the higher production and distribution costs for organic milk producers.

While many people look for milk alternatives because of an allergy or intolerance to lactose, many people are making the decision to switch to a healthier alternative. Trying some of these milk alternatives may help you to steer clear of the painkillers and antibiotics that may be present in your regular glass of milk.  According to the Cleveland Clinic, the most common forms of milk alternatives are soy, hemp, coconut, almond and rice milk.  All of these alternatives offer a different nutritional profile. In order to ensure that your nutritional needs are being met, be sure to check for such things as calcium, vitamin D and protein content and select the milk alternative that best suits your needs.

While the researchers state that there are only trace amounts of active pharmaceutical substances found in the conventional milk products that they tested, consumers should still be aware that they are present.  This will help consumer to make informed decisions on whether or not to consume these products.  There are a variety of alternative choices that consumers can choose in place of conventional dairy in an effort to limit their exposure to harmful substances.