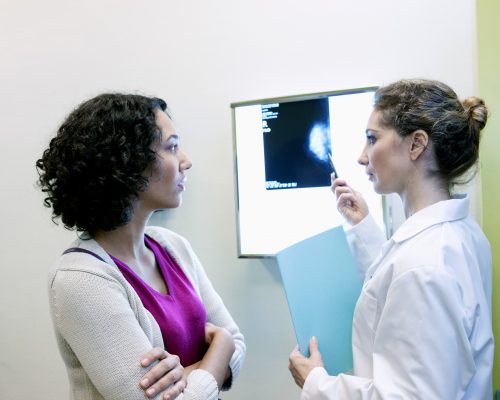 Despite the fact that mastectomy is an invasive surgery with a difficult recovery, many women continue to choose it as the “safe bet” when faced with breast cancer.

In fact, about 70 percent of breast cancer patients will have the procedure done, says the University of Michigan Comprehensive Cancer Center. But if the ultimate aim is to fight off the disease, new information has proven otherwise. These women could be having a major surgery they don’t need.

Breast cancer will affect 235,000 people in the United States this year, according to the American Cancer Society, and more than 40,000 will die. But in the decade after their initial diagnosis, just 3 percent of breast cancer patients will develop cancer in their healthy breast, Dr. Tari King of the Memorial Sloan Kettering Cancer Center told CBS News.

Despite that, preventative double mastectomies made up 20 percent of total mastectomies in 2008 compared to just 4 percent of the total in 1998, says a recent study published in Plastic Reconstructive Surgery.

Does mastectomy have a role in breast cancer prevention?

University of Michigan researchers looked at 1,447 women who were treated for breast cancer but had not experienced a recurrence of the disease. They found that eight percent of the women had a double mastectomy and 18 percent had considered the surgery. Women with higher levels of education were more likely to choose a double mastectomy, saying prevention of recurrence was the leading reason.

The researchers say the worry was unnecessary, to a point. Study lead Sarah Hawley says, “This does not make sense because having a non-affected breast removed will not reduce the risk of recurrence in the affected breast.”

What about women with a mutation in the BRCA1 or BRCA2 genes? These are gene mutations known to increase the odds of developing breast and ovarian cancers based on family history of the disease. Those women do have a higher risk of developing new breast cancer in a healthy breast, but they also make up just 10 percent of breast cancer patients.

The medical recommendation has often been for that small group of women to consider a prophylactic double mastectomy for prevention, but that doesn’t mean the other 90 percent of the population needs to consider the same methods. Every case is different.

The researchers, who published their study in JAMA Surgery in May, say that their findings raise the possibility that some breast cancer patients are over-treated for the disease. These women are reportedly getting surgery that doesn’t measurably offer a benefit for prevention or increase their odds of survival. For example, a good portion of the 70 percent of women who had a double mastectomy had no family history or genetic mutations related to breast cancer.

Instead, these women could have had a lumpectomy, which conserves the breast with fewer complications and a much easier recovery. Many women already have their recovery from breast cancer extended by chemotherapy, radiation and in the case of mastectomy, breast reconstruction.

The researchers concluded that it’s important that women are educated about their options when facing breast cancer and treatments that include the mastectomy procedure.

However, health care professionals should also be aware that worry can play a strong role in treatment decisions, regardless of what the statistics say. The benefits and risks of the mastectomy should be outlined to patients so they can make the most educated decision and ease their minds, too. “For women who do not have a strong family history or genetic finding,” Hawley said, “we would argue that it’s probably not appropriate to get the unaffected breast removed.”

The way I see it, women with breast cancer, as with any cancer, are emotionally vulnerable. It’s scary stuff. Do some research, join a support group and ask your doctor about all your treatment risks and options.