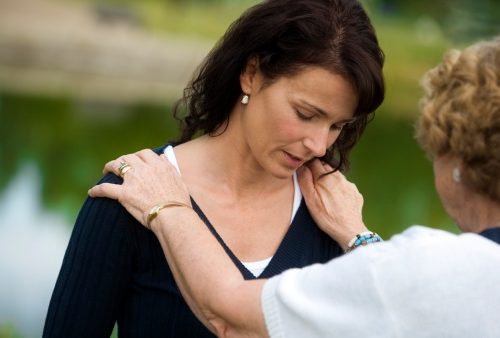 It was previously believed that being unhappy and stressed could contribute to early mortality and poor health, but new findings suggest that unhappiness and stress won’t kill you.

Researchers analyzed data from 719,671 women with a median age of 59 to explore if being unhappy and stressed out can actually have negative health outcomes and contribute to early death.

The women completed questionnaires in regards to their health and feelings of stress, happiness, control and relaxation. Roughly 39 percent of women reported being happy the majority of the time, 44 percent reported that they were usually happy, and 17 percent said they were unhappy.

Over the course of 10 years 31,531 women died and the researchers analyzed the cause of death in all cases.

Researchers noted women with poor health at the beginning of the study were more likely to report being unhappy or stressed, have less personal control, and partake in less physical activity. What the researchers found was that when comparing all causes of death there were no differences between those who reported being happy or unhappy.

The authors wrote, “After adjustment for these factors, no robust evidence remains that unhappiness or stress increase mortality or that being happy, relaxed, or in control reduces mortality.”

The authors noted that previous research, which suggested that unhappiness contributes to poor health, did not factor in baseline health conditions or the impact of a person’s stress or personal feelings.

They added, “Many still believe that stress or unhappiness can directly cause disease, but they are simply confusing cause and effect. Of course people who are ill tend to be unhappier than those who are well, but the UK Million Women Study shows that happiness and unhappiness do not themselves have any direct effect on death rates.”

The findings were published in The Lancet.