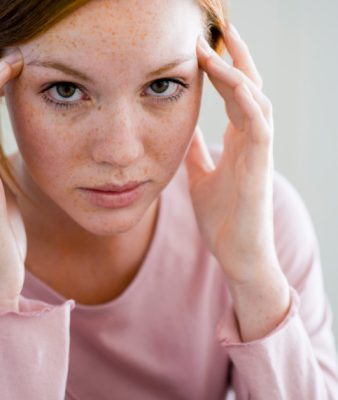 Most of us have been touched by cancer in some way and have been exposed to the warnings about common signs and symptoms of the devastating disease. However, cancer development does not always present itself with common symptoms; sometimes the signs are passed off as other ailments. To reduce your cancer risk it is important to understand all the symptoms, including the unexpected.

A lump or a thickening under the skin is the most common sign that someone could have a cancerous tumor. Skin changes, such as sores that just will not heal, dark patches or problems with moles are also a well-known symptom. Depending on what type of cancer a person has, there could be problems with swallowing or urinating.

Cancer development does not take place overnight and many unexpected symptoms can arise. They can be mild in the beginning and become more severe as time passes. When we think of breast cancer, the common symptom that comes to mind is a lump in the breast, but below is a list of unexpected symptoms that can be encountered.

• Lump in the armpit

Ovarian Cancer symptoms can be similar to digestive problems and include feeling full, bloated or feeling pain in the abdomen. There are a few signs that are not as common. They include shortness of breath, unexpected vaginal bleeding, and the feeling that you have to urinate often. Research continues on ways to detect ovarian cancer early. In the meantime, if you have a family history and are concerned about your cancer risk then you should discuss it with your doctor.

Bleeding following intercourse or bleeding after menopause is unexpected and can be a sign of cervical cancer. This type of cancer in the early stages doesn’t cause any symptoms so it is important for women to have a regular pap test. These symptoms can also be a sign of uterine cancer. If you experience pain in your pelvic area or pain while trying to empty your bladder, it could also be associated with uterine cancer. Your cancer risk is likely higher if there is a family history of cervical or uterine cancer.

Prostate Cancer is the second leading cause of death among men in the United States. Frequent urination, slow urine stream and difficulty urinating are associated with benign enlargement of the prostate; however, these symptoms can also be a sign of cancer. Blood in the semen or urine, as well as back pain or bone pain are other symptoms of cancer development.

According to Stanford Medicine, 97 per cent of testicular cancer is curable if caught early. Here are some unexpected signs:

Sometimes cancer cells can release substances into the blood stream that can cause symptoms that are not normally associated with cancer. On example of this is pancreatic cancer. It can release substances that can cause blood clots in the legs. Another example is lung cancer. It can create a hormone substance that increases blood calcium levels leading to dizziness. Another issue to look at is unexplained weight loss. In many cases, people don’t have symptoms of cancer at first; however, they do experience sudden, dramatic weight loss. If there are any unexpected changes in your body it may not be cancer, but it could be another health problem so it is important to see your doctor as soon as you can.