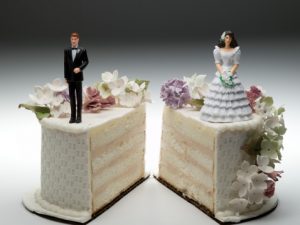 A new study found that the rising divorce rate may be attributed to unemployed husbands. Women’s growing roles in the workforce have long been believed to be contributing to soaring divorce statistics, but the new findings suggest otherwise.

The study looked at 6,300 U.S. couples and found that the rate of divorce was not affected by the wife’s employment. On the other hand, the husband’s work status played a larger role in divorce. The couple was more likely to divorce if a man was unemployed.

Study author Alexandra Killewald said, “Some prior work has suggested that women’s economic independence has made it easier for them to leave a marriage, and that might increase the odds of divorce. I found no evidence of that.”

“It seems that the dollars don’t matter. But our expectations of men and women might,” Killewald added.
The study also uncovered that the wife’s willingness to share the housework has little effect on marital stability, but the husband’s ability to work outside the home does.

The findings revealed that the divorce rate was 25 percent higher in couples with an unemployed husband, compared to couples where the man did work outside of the home. The results do not imply it has anything to do with lost wages. Although the definition of what makes a good wife has changed, the definition of what makes a good husband has not, which means wives can either take care of the household, work, or do both and it is okay, but if the man does not work, there’s a problem.

Sociologist Pamela Smock commented on the study, “While women’s roles have changed markedly over the past several decades, men’s have not kept pace. In our culture, to be a ‘husband’ still means being the breadwinner.”

Smock commented that the findings “undermine the notion that women’s growing economic independence [has been] the main driver of trends in divorce.”

Although income was not seen as a primary factor for divorce, Killewald suggested that arguments over money could still contribute to divorce.