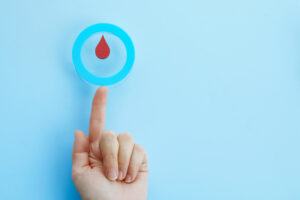 Did you know that uncontrolled diabetes can lead to several health problems, including heart failure? In fact, diabetes is the leading cause of heart failure in the United States. That’s why it’s important to monitor your blood sugar levels closely and take steps to control your diabetes if necessary. By doing so, you can reduce your risk of heart failure and other complications associated with diabetes.

The association has been recently noted between older adults with diabetes and early stage-also known as preclinical heart failure, as it can substantially increase the risk of heart failure progression. But a new study published in the Journal of the American College of Cardiology found that controlling diabetes early in the heart failure process has the potential to help prevent the progression to late-stage heart failure.

For the study, the research team gathered its data from the Atherosclerosis Risk in Communities (ARIC) Study, ongoing research that looks at the medical outcomes of plaque buildup on artery walls. More than 4,700 participants had their clinical data examined. All participants had preclinical heart failure in either stage A or B. Stage A is the existence of at least one heart failure risk factor such as hypertension or obesity without structural heart disease. Stage B is the presence of structural heart disease without signs or symptoms of heart failure.

“Our results demonstrate the vulnerability of older adults with co-occurring diabetes and stage A or B heart failure,” said Justin Echouffo Tcheugui, M.D., Ph.D., the study’s first author. “We believe that such people may greatly benefit from preventive therapies, including lifestyle modification and medication. There are three to four times more individuals with preclinical heart failure than with overt heart failure; many lives can be prolonged by addressing diabetes in those early stages.”

Taking care of your heart health is vital for enjoying a high quality of life as you age. Heart Rescue was designed to help support and promote cardiovascular health using various ingredients, including omega-3 fatty acids, CoQ10, magnesium, and hawthorn extract. This formula’s health benefits can help strengthen the heart muscle, support circulation, and help reduce the risk of heart disease.