Home » Colon And Digestive » Ulcerative colitis and the impact of alcohol 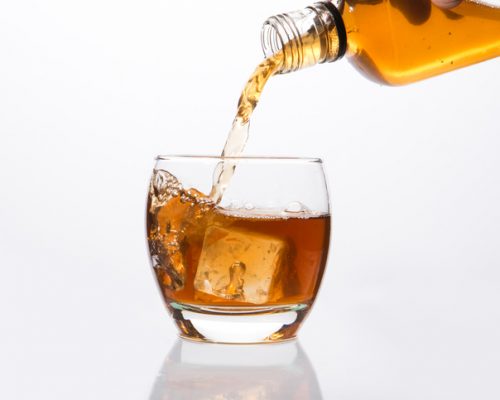 Ulcerative colitis – a type of inflammatory bowel disease – can be aggravated by alcohol, which has been found to worsen the symptoms.

There are a number of negative effects of alcohol on anyone, regardless of their colitis diagnosis. A known depressant, alcohol slows down functions in the body, such as speech or movement. The more alcohol you consume the more affected you are, as the alcohol is absorbed directly into the bloodstream.

Chronic alcohol consumption can lead to long-term effects on the body, for example, liver disease.

Avoiding alcohol if you have inflammatory bowel disease is particularly recommended, as evidenced in the numerous research studies on the subject. In one study, alcohol consumption was found to lower the rate of ulcerative colitis before its onset, but once IBD develops the impact of alcohol is negative.

In an alternative study, alcohol consumption in IBD patients was found to worsen symptoms in 75 percent of participants.

Another study found that those IBD patients who consumed wine regularly had a higher risk for relapse and disease flares.

Other consequences of alcohol consumption in IBD include anemia and worsening existing liver disease, as well as short-term effects like diarrhea, vomiting, and drowsiness.

Dealing with colitis flare-up can be approached different ways. Some people have reported that herbal remedies help manage their symptoms. Probiotics, the spice turmeric, and the herb boswellia have been used to control ulcerative colitis. Studies have also shown that gingko biloba has been effective in treating colitis in rodents.

Since stress has been linked to the disease, exercises like yoga and meditation are often recommended to patients. At the same time, certain foods have a higher chance of aggravating ulcerative colitis, so obviously avoiding such food items is a good idea. Some examples of foods to stay away from are whole-grain bread, whole-grain pasta, beans, raw vegetables, and dried fruit. Keeping a diary of what you eat can often help you pinpoint the exact cause of a flare-up.

A diary or journal can also help when you are taking medications. For example, if you experience a flare-up while taking an over-the-counter medication, ask your doctor and/or pharmacist about a possible alternative.

Controlling ulcerative colitis flare-up can take time. Some people will have multiple triggers and won’t be able to make all the necessary lifestyle adjustments all at once.  Sometimes, just a few changes can make a huge difference though. The following simple steps have proven to help many people tame their flare-ups:

While there is no cure for ulcerative colitis, treatment is available in the form of medications or surgery. Medications are designed to reduce inflammation, which causes the uncomfortable symptoms of the chronic disease. In severe cases of colitis, people are hospitalized because they may be suffering from dehydration and malnutrition. In 25 to 40 percent of cases, people need surgery to remove the colon. Oftentimes, surgery is required because there is a high risk of cancer. The most common surgical procedure is called a proctocolectomy with ileostomy, which means the entire colon and rectum are removed. As a result, waste then drains through an opening in the abdominal wall into a bag attached to the patient.

Ulcerative colitis can be a life-changing condition, leaving people feeling uncomfortable and isolated. Preventing symptoms that lead to flare-ups can make the difference between living a solitary lifestyle and living a normal life. If you have ulcerative colitis, it’s important to maintain regular check-ups with your doctor and to keep track of potential triggers. Keeping a diary or journal about your flare-ups may seem inconvenient, but in the long run, it could prove to be an effective way to help ward off those nasty colitis symptoms.