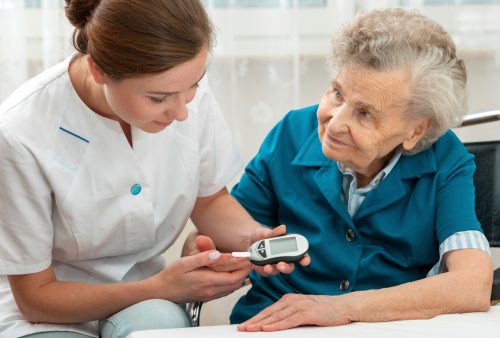 Harvard researchers have linked inflammation and reduction in blood flow to the brain in those with Type 2 diabetes with reduced cognitive function.

Type 2 diabetes remains prevalent in the American population. It can lead to other health concerns such as diabetic retinopathy and cardiovascular disease. This study research suggests Type 2 diabetes, in particular, can also reduce brain function.

The study observed 40 people with Type 2 diabetes. Of those, 19 had diabetes while 21 did not. Those with diabetes had been receiving treatment for at least five years.

Tests to measure cognitive ability were conducted on the patients, and repeated after two years.

The ability to regulate blood flow in the brain was found to be reduced among those with Type 2 diabetes. Participants who experienced inflammation also saw a reduction in cognitive ability. This did not improve if the person had their blood pressure and diabetes under control.