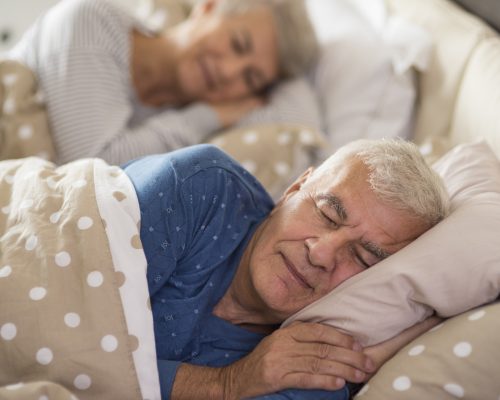 A new study has found that melatonin signaling is a risk factor for type 2 diabetes due to insulin-inhibiting effects of this hormone. When a person is asleep, the pancreas releases less insulin, but this rate could differ on a nightly basis. The research outlined that nearly 30 percent of individuals are predisposed to have a pancreas that is more sensitive to the insulin-inhibiting effects of melatonin. These individuals carry an altered melatonin receptor gene, which is a known risk factor for type 2 diabetes.

Studies have identified over 100 genes related to an increased risk of developing type 2 diabetes. Among those genes is the melatonin receptor gene, known as MTNR1B, which is found in 30 percent of the population. This gene makes cells sensitive to melatonin, but researchers wanted to uncover what this gene was doing to the pancreas.

Co-senior author Hindrik Mulder said, “Type 2 diabetes is a polygenetic disease, so it’s not one gene that causes the disease: there are probably hundreds of genes that jointly predispose individuals, from which you can infer that the contribution of each individual gene will be quite small.”

The researchers suggest that this doesn’t automatically imply that the occasional melatonin pill would be dangerous. “This is just a hypothesis, but I think it raises questions that maybe prolonged use of melatonin is not so harmless,” Mulder added.

“We don’t typically eat or are physically active at night, so our energy demands drop and we don’t need maximum insulin secretion. A likely explanation is that, as melatonin levels rise, they tell our beta cells not to release as much insulin,” Mulder


Type 2 diabetes and its link to sleep and melatonin levels

An alternative study found that low melatonin levels are associated with an increased risk of developing type 2 diabetes. The findings came from Brigham and Women’s Hospital (BWH). Researcher Dr. Ciaran McMullan explained, “This is the first time that an independent association has been established between nocturnal melatonin secretion and type 2 diabetes risk. Hopefully, this study will prompt future research to examine what influences a person’s melatonin secretion and what is melatonin’s role in altering a person’s glucose metabolism and risk of diabetes.”

The researchers looked at 370 women who developed diabetes and 370 controls. The researchers compared the two groups and found that low levels of nocturnal melatonin secretion had double the risk of developing type 2 diabetes, compared to individuals with high levels. The research also accounted for other known risk factors of type 2 diabetes, including body mass index, family history of diabetes, and lifestyle factors including diet, exercise, smoking, and sleep duration, and still found that melatonin secretion remained a significant risk factor.

Type 2 diabetes can be managed with walking aerobic exercise

Walking fights fat, boosts energy levels, and even protects your heart. But if you have type 2 diabetes, using interval walking as an aerobic exercise may be one of the best kinds of medicine. Continue reading…