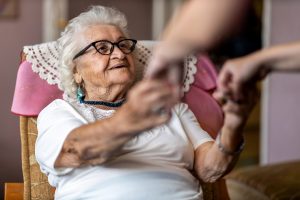 Research has long shown that type 2 diabetes is associated with a higher risk of developing dementia. However, research has been limited or contradictory on the risk of cognitive impairment, a preclinical term for the very early phase of dementia.

To help fill this gap, researchers at Karolinska Institute followed over 2,500 individuals over the age of 60 for 12 years. None of the participants had dementia when the study began, but over 700 of them had been diagnosed with cognitive impairment. The research group measured long-term levels of blood glucose and CRP, an inflammation marker. At the start of the study, 8.6% of the participants had type 2 diabetes, and one in three had prediabetes.

The researchers were able to analyze the part played by type 2 diabetes in the development of cognitive impairment. They found that the critical factor was how well-controlled diabetes was, not the presence of the disease itself.

The study found that participants who had type 2 diabetes and concurrent heart disease had twice the risk of developing pre-clinical dementia or dementia than those who did not have heart disease or type 2 diabetes. However, having either of the two conditions on their own was not associated with a higher risk.

“What matters is how well-controlled the diabetes is. Since there is currently no cure for dementia, prevention is vital, and here we have evidence that this can be done through the careful control of diabetes. Our results can also possibly explain why earlier studies have produced conflicting results, since few of them factor in how well-controlled the participants’ diabetes was.”

Researchers believe that inflammation plays an important role in the progression of dementia. However, they underline that more studies are needed to better understand this role and the relationship it plays.