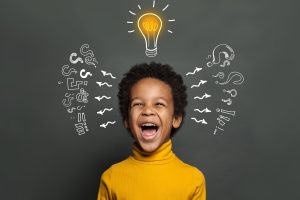 New research suggests that a child’s cognitive development could be affected if either one parent has type 1 diabetes. The study is the first to show that having a parent with a chronic disease such as type 1 diabetes may be associated with lower school performance. It was previously thought that maternal high blood sugar was the only risk factor during fetal development.

Maternal diabetes has been widely researched for its relation to cognition in children. Glucose crosses the placenta, and maternal hyperglycemia (high blood sugar) can affect fetal development, including the baby’s brain. Until this new study, there has been limited information on different diabetes subtypes or the effect of having a father with type 1 diabetes.

For the study, researchers from Copenhagen University Hospital, Denmark, analyzed data from test scores in math from students in grades three and six, and reading for grades two, four, six, and eight. The participants included 622,073 children between 6 and 18 years old attending public schools over seven years. There were 2,144 children with mothers with type one diabetes, 3,474 children with fathers with type one diabetes, and 616,455 children from the background population.

Researchers acknowledged that having a parent suffering from a serious chronic disease like diabetes could cause stress, which would be detrimental to a child’s school performance. However, researchers suggest a different explanation for the previously observed effects of maternal type one diabetes on children’s cognitive development during pregnancy.

Anne Lærke Spangmose, study “Lower test scores in the offspring of mothers with type 1 diabetes appear to reflect a negative association of having a parent with type one diabetes rather than a specific adverse effect of maternal type one diabetes during pregnancy on the fetus. Our recent large Danish cohort study including 622,073 children has shown this.”

It is vital to care for your brain function and health no matter what age you are.

Stress can take a toll on the brain, affecting concentration, memory, and overall cognitive function.

The Smart Pill can help counteract these effects through nine ingredients that help support, nourish, and maximize brain health and cognitive function. These include ginkgo biloba, huperzine A, bacopa extract, rosemary extract, and a B vitamin complex. This unique formula helps boost circulation, fight free radicals, and help to promote clear thinking.