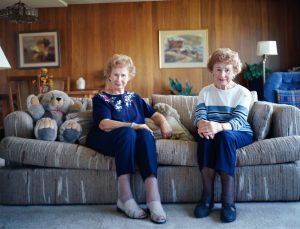 Twins have been found to have a longer lifespan than single-born people, and the research says their higher survival rates may have to do with the close social bond they share. The study was based on data from over 2,900 same-sex twins, compared to the general Danish population.

At every age, identical twins had higher survival rates, compared to fraternal twins, while the latter had longer lifespan than the general population.

Study author David Sharrow said, “There is benefit to having someone who is socially close to you who is looking out for you. They may provide material or emotional support that lead to better longevity outcomes.”
Having a close companion can discourage poor lifestyle choices and encourage healthy habits instead. Plus, a relative who is so close to you can act as a caregiver and provide emotional support in times of illness and distress.

Sharrow concluded, “Research shows that these kinds of social interactions, or social bonds, are important in lots of settings. Most people may not have a twin, but as a society we may choose to invest in social bonds as a way to promote health and longevity.”

Who drinks more – married or single?

Twins study shows cancer could run in the family