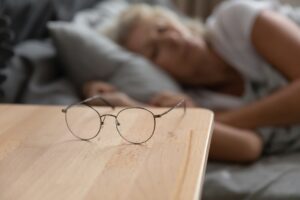 Sleep is back at it again. New research is showing that if you aren’t getting enough of it, you face a higher risk of developing multiple illnesses and early death.

A research team comprised of members from France, Finland, and the U.K. tracked self-reported sleep routines and health statuses of nearly 8,000 British people from ages 50 to 70.

At 50, roughly 40 percent of the participants reported regularly getting less than seven hours of sleep per night, while nearly a third got five hours or less.

Next, they looked at who was routinely sleeping fewer than five hours in their 60s and 70s. At each milestone, those who slept five hours maximum had a 30- to 40- percent higher risk of developing multiple illnesses compared to those who got seven hours.

Further, those who slept less than five hours per night at age 50 had a 30 percent higher risk, compared with good sleepers, for simultaneously developing two of these illnesses. At 60, the risk climbed to 32 percent, and it hit 40 percent by age 70.

It is possible, of course, that having one of the above conditions can make it harder to sleep, and poor sleep may be a byproduct of the illness.

But a mountain of research suggests that sleep is a critical component of health, disease risk, and immune strength.

You can get better sleep by being tested and treated for conditions like sleep apnea, snoring, or insomnia. Practicing good sleep hygiene can also help. Sticking to a sleep schedule/routine, avoiding screens a half hour before bed, relaxing before sleep, and creating a comfortable sleeping environment may all be effective for better sleep.