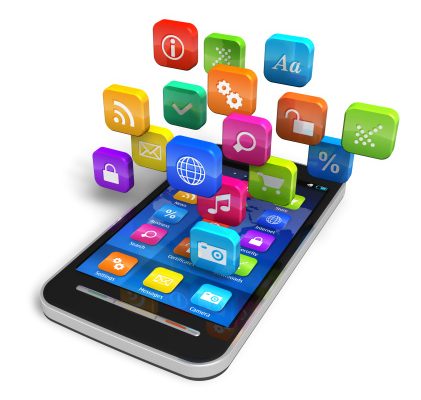 Smartphones are now considered as an integral part of our daily lives.  One of the most appealing features of smartphones includes the software applications, or better known for its trendy term, “app”.  These software programs allow a smartphone user to download specific functions that may be personally beneficial to their daily routine, such as the traffic, weather, and news, to name a few.  For the younger generation, apps for the latest music and movies are also available for installation in smartphones.

Smartphones and the Real Health Benefits

The number of apps available for downloading and immediate use has increased in the last few years, including those relating to health problems.  These apps for health problems may range from the broadest medical topics, such as that on general health, to the more specific ones that focus on particular diseases.

According to a recent medical report published in the Journal of Medical Internet Research, for sexually transmitted diseases (STD’s) and human immunodeficiency virus (HIV) alone, there are currently 1,937 apps that may be used on smartphones.  Based on the enormous number of apps on this specific type of disease, it would thus be interesting to know if these apps for health problems are really beneficial to a smartphone user.

Health Problems – Can Your Smartphone Help?

The authors of the medical report thus embarked on an investigation on the features of all these STD/HIV health apps.  Each of these apps was downloaded, installed in a smartphone, and assessed in terms of content, applicability of use to patients and readers, and user ratings.  The results of the study were then analyzed for their actual health benefits to smartphone users.

The Results of the Study on Smartphones

The results of the study showed that 55 of the 1,937 apps were applicable for inclusion into the analysis; the rest of the STD/HIV-related apps were geared toward industries that manufacture drugs and other medical devices and materials that were related to the said disease.  Interestingly, only 71% of the 55 STD/HIV apps provided the basic information on STD’s and HIV; the proponents of the study found this percentage relatively low because they felt that disease information is one of the most important health benefits that an individual should receive from an app, especially when they have been positively diagnosed with that particular condition.

In terms of prevention, 11% (which equates to 6 apps) of the 55 STD/HIV apps discussed ways to prevent these particular infectious diseases.  Around 15 of the 55 apps were also observed to be interactive; 9 apps were designed for specific ethnic groups.  The number of downloads were within the range of 100 to 500; the user ratings were on average 3.7 out of 5 stars.

The Most Important Information on Your Smartphone

This recent medical report thus shows that the most important information regarding a specific disease, such as STDs or AIDS, were not available in most health apps analyzed.  Although information on the disease could be considered as one of the health benefits of the app, methods in preventing its transmission and ways to live a healthier lifestyle are also equally important.  It may be possible that these apps for health problems were mainly designed by app developers and thus the health benefits of risk reduction were not fully emphasized in these platforms.  The medical report thus allows us to realize that certain apps, such as the health-related ones, may not be as helpful as we imagined.