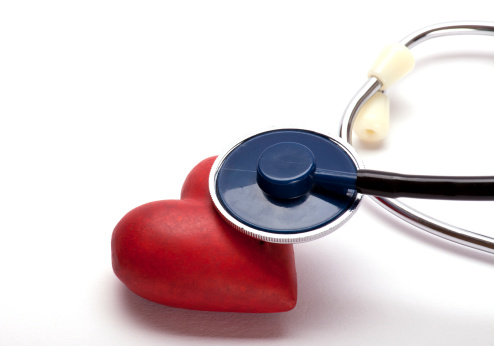 Today, children with depression are more likely to show signs of heart disease as early as their teen years, a new study reveals.

No question, depression hurts –and leads to further health problems. Depression experienced at an early age not only leads to obesity, smoking and inactivity, but can cause heart problems later in life, according to research by the University of South Florida, Washington University and the University of Pittsburgh — and recently published in Psychosomatic Medicine.

During the study, researchers focused on more than 200 Hungarian children who participated in a 2004 study of the genetics of depression, as well as 200 of their siblings who didn’t have a history of the mental illness.

They also collected information from more than 150 unrelated children —  the same age and gender — with no history of depression. Following this, researchers looked at the parents of the adolescents with depression — those who were depressed as children also, and were discovered to have higher rates of heart disease. The mental illness was compared to other heart disease risk factors, such as smoking, obesity, physical activity level and parental history.

“Given that the parents in this sample were relatively young, we were quite surprised to find that the parents of the affected adolescents were reporting a history of heart attacks and other serious events,” Jonathan Rottenberg, an associate professor of psychology at the University of South Florida, told Science Daily. Rottenberg is a leading researcher in the area of emotion and psychopathology, and the author of the forthcoming book, The Depths: The Evolutionary Origins of the Depression Epidemic.

Heart disease remains the leading cause of death for men and women, killing one in four people in the U.S. annually, according to the Centers for Disease Control and Prevention (CDC).

The most common type of heart disease is coronary artery disease, which can lead to heart attacks, both mild and severe. For years, mental health professionals and cardiologists thought that heart disease was associated with clinical depression. Depressed adults, after all, are more likely to suffer heart attacks, which tend to be fatal in their cases. Nevertheless, it remains unclear when depressed individuals develop a cardiac risk exactly, or how early in life it can be detected.

Rottenberg plans to complete further studies with the Hungarian group. His team will examine whether any early warning signs of heart disease are present as adolescents in the study transition into young adulthood.

Meanwhile, the universities’ findings suggest that improved prevention and treatment of childhood depression can significantly reduce the risk of cardiovascular disease in the future.