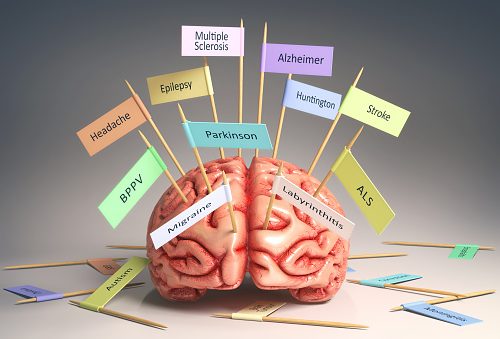 Traumatic brain injury (TBI) with a loss of consciousness (LOC) has been found to be associated with later-life Parkinson’s disease, but not Alzheimer’s disease or incident dementia. The Centers for Disease Control and Prevention estimated that 1.3 million Americans visit the emergency room every year for a traumatic brain injury, so the later-effects of TBI are important to understand.

The researchers studied the medical records of 7,130 older adults of which 865 suffered a TBI with LOC. Among the latter, 142 had been unconscious for over an hour. The researchers evaluated the associations between TBI and late-life clinical outcomes like mild cognitive impairment, dementia, and Alzheimer’s disease. They were also examining brain autopsies available for roughly 23 percent of the participants, looking for links between TBI and neuropathological findings.

The findings may help clinicians diagnose later-life neurodegeneration in patients who have experienced TBI with LOC in their earlier years. This could lead to earlier interventions and treatment to help reduce progression of these diseases.

Previous research has found similar results demonstrating that TBI increases the risk of later-life Parkinson’s disease. The researchers from UCLA found it was the loss of a specific type of neuron behind the increased long-term risk of Parkinson’s disease after a TBI.

The researchers found that traumatic brain injury in rats caused 15 percent loss in brain cells after the trauma. After 26 weeks, this loss reached a 30 percent mark. The brain cell loss of such scale could lead to cardinal motor symptoms observed in Parkinson’s disease.

Senior author Dr. Marie-Francoise Chesselet said, “We found that with a moderate traumatic brain injury, the loss of neurons was too small in number to cause Parkinson’s disease, but it is enough to increase the risk of Parkinson’s disease. By decreasing the number of dopaminergic neurons, any further insult to the brain will be attacking a smaller number of neurons. As a result, the threshold for symptoms would be reached faster. Shortly after a traumatic brain injury, these neurons are more vulnerable to a second insult.”

Researchers looked at both short- and long-term effects of TBI, along with the effects of low dosages of the pesticide paraquat, a risk factor for Parkinson’s disease. In the acute study, the rats experienced a 15 percent loss of brain cells following a moderate traumatic brain injury. The brain cell loss expanded to 30 percent when paraquat was introduced.

The long-term study did not include paraquat, and the rats experienced a 30 percent loss of brain neurons only after 26 weeks after a TBI.

Study author David A. Hovda concluded, “These are the first data revealing that in a model of experimental traumatic brain injury, not only do nigrostriatal dopaminergic neurons degenerate, those that survive become sensitized to paraquat toxicity. These results suggest that greater attention should be given to the long-term risk of Parkinson’s after traumatic brain injury, and that the epidemiology of both risk factors, brain injury, and exposure to paraquat should be evaluated in combination.”