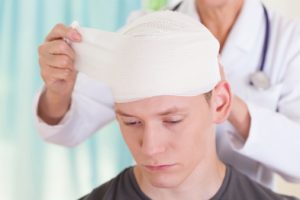 Our brain is arguably the most important organ in the human body, as literally every aspect of our lives would not be possible without it. Our brains control how we walk and talk and even shape our personality. You would not be you if it wasn’t for your brain.

This is why protecting your head is of grave importance in all things we do, as our brains reside within it. Unfortunately, we are prone to accidents, be it falling down, sporting injuries, or even from the assault of others, putting us at risk of brain injury even if we take precautions.

There aren’t many treatment options for treating brain injuries, with rest being the most appropriate. However, a relatively new form of treatment called transcranial electrical stimulation shows promise as a viable treatment option.

Brain injury has a significant effect on lives

The term concussion is used to describe a traumatic brain injury that affects brain function. According to the CDC, traumatic brain injury is a major cause of death and disability in the United States, with about 30 percent of all cases resulting in death. Survivors may suffer from effects that last a few days or even the rest of their lives.

Transcranial electrical stimulation is a non-invasive, painless brain stimulation treatment. It uses direct electrical currents to stimulate specific parts of the brain at a low intensity as it passes between two electrodes placed over the head of the patient.

“It’s a small study, which certainly must be expanded, but it suggests new potential for effectively speeding the healing process in mild traumatic brain injuries,” said first author Ming-Xiong Huang, Ph.D., professor in the Department of Radiology at UC San Diego School of Medicine and a research scientist at VASDHS.

Related: IBD inflammation can be controlled by electrically stimulating the vagus nerve