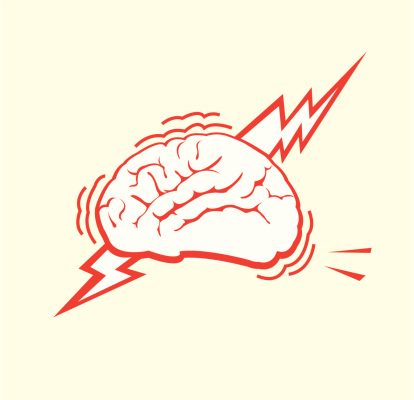 Humans are creatures of habit. Once we find a routine or a particular way of doing something, we tend to stick to it. Sadly, this can make us boring and less creative with our thought processes. Scientists have found a way to boost creativity, not by having you drastically change your life, but through electrical stimulation.

As we live our life, we tend to tackle problems by applying rules we learn from previous experiences. Over the years, our brains become wired to make our thought processes fire in a certain way, leading us to become predictable and, essentially, automated.

Being restricted in this manner is more limiting than we think. While it may work most of the time, when unfamiliar problems arise that require a fresh style of thinking, it can be difficult to perform in any other way than we’re used to.

Creativity is often thought of as a gift possessed only by the most artistic of people. But this is not true, as everyone has a creative side. It allows us to view things in a different light, create fantastical ideas, and even leads us to have more fulfilling lives.

Controlled shocking of the brain

A new technique called transcranial direct current stimulation (tDSC) has proven to improve creativity through brain stimulation. Researchers at Queen Mary University of London (QMUL) and Goldsmiths University of London achieved this by temporarily suppressing the dorsal prefrontal cortex (DLPFC), a region of the brain involved in thinking and reasoning.

The device works by passing a weak current through electrodes placed on the scalp to modulate the activity of the DLPFC. Very low levels of current are used to prevent any harm.

The study involved 60 participants. Each was tested on creative problem-solving ability before and after receiving the tDSC. Various stages of DLPFC activity levels were measured.

Problem-solving questions consisted of “matchstick problems.” Some were very difficult to solve, as participants needed to rely on learned rules of arithmetic and algebra.

However, these same participants did worse when problems required higher working memory, such as remembering numerous variables to solve a problem.

“These results are important because they show the potential of improving mental functions relevant for creativity by non-invasive brain stimulation methods. However, our results also suggest that potential applications of this technique will have to consider the target cognitive effects in more detail rather than just assuming tDCS can improve cognition,” said study author Dr. Caroline Di Bernardi Luft from Queen Mary University of London School of Biological and Chemical Sciences.

Simple answer to thinking more clearly (and protecting your memory)