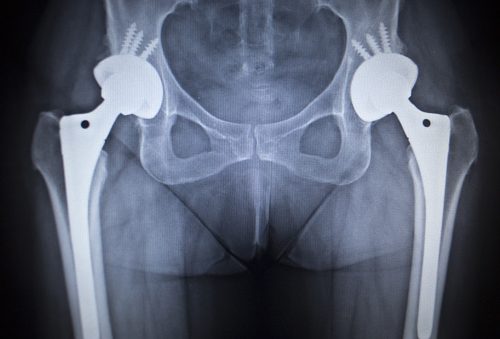 A new study published in The Journal of Bone & Joint Surgery has found that the quality of life of patients who undergo a total hip replacement improves for at least five years after.

Using the Short Form-6D measure of the patient-perceived quality of life (QOL), researchers found that improvements peaked at the one-year mark, however, they were seen for a minimum of five years after. The Short-Form 6D measure assesses patient vitality, pain, mental health, social and physical functioning, and role limitations. It has been widely used to test the health benefits and economic value of a variety of different treatments.

For this study, researchers examined data gathered from 188 patients with an average age of 69 that had undergone a total hip replacement—also referred to as arthroplasty. According to their Short Form-6D scores, participants saw significant increases in their quality of life after the procedure when compared to before, and these improvements were found to be lasting as they were maintained for a minimum of five years.

The team expressed the importance of this research as evidence that total hip replacements are valuable procedures. As a growing portion of the population ages, the demand for arthroplasties may increase, meaning this measure of its effectiveness is reassuring to healthcare providers that it is worth the cost to the patient and healthcare system.
Dr. Michael A. Mont led the study and commented on the value of the Short Form-6D in determining the effectiveness of a given treatment, stating: “The SF-6D provides clinicians with a method of quantifying patient satisfaction and perception of their own health.” The lasting benefits to patient quality of life after arthroplasty is just one example of how this assessment may be used in order to determine the value of a specific procedure. Further research utilizing the SF-6D may help physicians determine which procedures are most well-received and provide the most benefits for patients.

Related: Three technologies improving quality of life for those with low vision, blindness