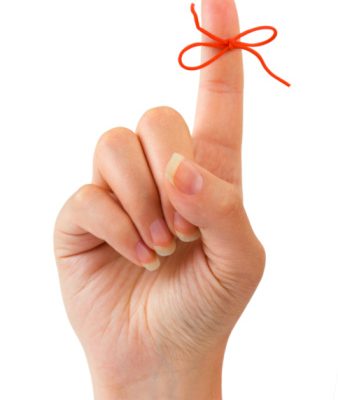 Almost half of Americans over the age of 85 suffer from Alzheimer’s disease so it is obvious that the biggest risk factor for developing the disease is aging. In some families, several cases are seen so scientists believe that there is a hereditary factor to the illness known for robbing people of their memory.

We all suffer from forgetfulness from time to time; however Alzheimer’s disease goes well beyond that, having a huge impact on everything from memory and orientation to judgment, mood, and over-all health. As the disease progresses, many sufferers will not even recognize their own spouse, their children and grandchildren. The forgetfulness is devastating to the whole family.

RELATED READING: Healthier and Better Than a Coffee Buzz

According to the World Health Organization 18 million people around the world suffer from Alzheimer’s disease. This number is expected to increase by 2025 so a great deal of time and energy has been spent on the science of this horrible illness.

Just as work has been going on to find ways to prevent and treat Alzheimer’s disease, researchers have been digging deep to uncover the biggest risk factors. What are the chances of you losing your memory?

Alzheimer’s generally strikes people 65 and older. It is true that a large number of women suffer from Alzheimer’s disease. This has led many people to believe that if you are a woman your risk is therefore higher than a man’s. It’s actually a matter of age. Since the disease is generally associated with getting older and women live longer, it stands to reason that it would appear that more women suffer from the disease.

Scientists have looked at a number of lifestyle factors when examining Alzheimer’s disease and what they have discovered is that some of the risk factors for heart disease could also be risk factors for Alzheimer’s. Smoking, high cholesterol, high blood pressure, diabetes, and lack of physical activity are examples.

In recent years there has been a lot of discussion in the medical community about the impact of diet on our brain function. This is due to the fact that scientists around the globe have been taking a close look at the relationship between food and Alzheimer’s disease. Many researchers have concluded that fatty diets could contribute to the illness. Imagine food causing devastating forgetfulness. One study, published in the Archives of Neurology indicates that a diet that steers away from fats and includes fresh fruits, vegetables, nuts and olive oil instead, can lead to a 40 per cent less risk of developing Alzheimer’s disease.

Lifelong mental stimulation has also been examined at great length. Some studies indicate that a lack of mental stimulation may put you at a higher risk of getting Alzheimer’s disease later in life. These studies suggest that stimulating jobs, leisure activities like reading and music, as well as frequent social interaction helps develop more cell-to-cell connections to protect the brain against age-related changes.

Debate continues among scientists as to whether or not brain trauma is a risk factor for Alzheimer’s disease. Some researchers say brain injuries leave a person vulnerable to the “adverse neurocognitive” effects of age-related diseases, while others say we need to study whether it is a combination of trauma and genetics that might be leading to the Alzheimer’s. Scientists are looking at the relationship between the disease and severe trauma associated with major accidents, as well as less dramatic incidents like mild concussions from sports mishaps.