Home » Health News » Too Much TV Time Could Dull Your Brain 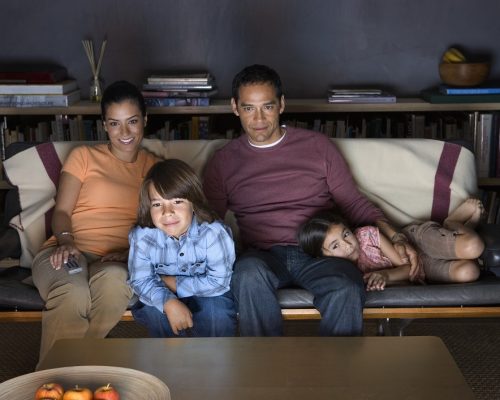 You may have heeded the warnings of your parents as a youngster that too much TV may rot your brain.

Three new studies have linked TV viewing in middle-age to a higher risk of cognitive decline. The research suggests that watching even moderate amounts of TV may impair memory and reasoning later in life.

Based on these works, it appears sitting to watch your favorite shows can reduce gray matter in the brain and increase brain atrophy.

Gray matter is involved in several brain functions including sight, sound, decision-making, and more. The more gray matter a person has, the better they are likely to be at remembering and reasoning.

Even more, it appears that exercise does little to reduce the effect if it’s only done in small spurts. For example, if you’re getting 30 minutes of exercise per day, you may not get any significant cognitive benefits if the rest of the day is spent tuned into your flatscreen or working at a computer.

It’s unclear, however, if TV specifically leads to brain aging. It’s possible that extended periods of sedentary behavior might be the real culprit. It is also possible that not moving coupled with blank staring may offer a double whammy for the brain.

One of the studies, for example, found that in comparison to those who reported watching very little television, those who reported moderate or high amounts of viewing had a 7 percent greater decline in cognitive function over 15 years.

The solution might be multifold. First, it’s recommended to spend more time active each day. This doesn’t necessarily mean extending dedicated exercise time, but rather getting up for movement during the day. Cleaning, errands, little strolls around the block, or gardening all fit into this category.

Trying to stand up and move for at least five minutes of every hour may also help.