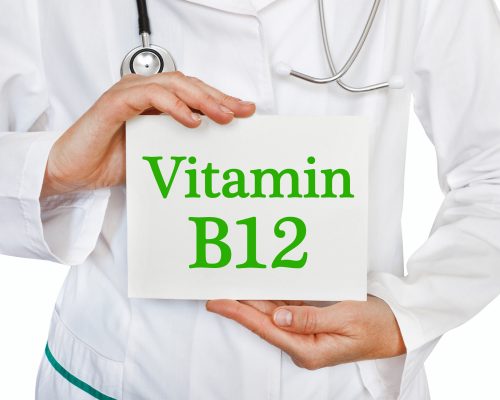 Researchers from the Schlegel-University of Waterloo’s Research Institute for Aging and their counterparts at the University of Waterloo found that elderly individuals in long-term care facilities in Ontario were severely deficient in Vitamin B12. In fact, the researchers believe the high deficiency levels warrant B12 screening at admission in order to ensure effective treatment.

This study is a step in the right direction to get an accurate estimate of the prevalence of B12 deficiency in seniors being admitted to long-term care. The researchers are confident that screening by a simple blood test on an annual basis will help to eradicate this deficiency.

The details of the research is published in Applied Physiology, Nutrition, and Metabolism
As things stand today, there is no systematic screening for B12 deficiency, during the admission process of prospective long-term care residents. In fact, in most situations, the patients are not screened until they present with symptoms of anemia. This is a gross negligence because even suboptimal levels of the vitamin can reduce cognition, and other brain functions, and a gross deficiency of vitamin B12 can lead to more severe health concerns like dementia and depression.
Screening for B12 deficiency is critical for older adults because their other medications interfere with the vitamin’s absorption, and as a result most of them have B12 Deficiency.

As part of the study, the researchers analyzed eight long-term care facilities in Ontario. They found that 14% of residents had a B12 deficiency, and 33% had a lower than optimal B12 status at the time of admission.
In the first year after admission, 4% of residents developed a deficiency, but those who received treatment had improved B12 levels.

According to Professor Heather Keller, Schlegel Research Chair Nutrition & Aging, University of Waterloo, given the aging Canadian population, B12 deficiency in elderly adults in long-term care should be a vital concern for both provincial and federal health departments, as well as policy makers, staff and leadership at long-term care homes.
B12 deficiency is a relatively common in older adults. But the good news is, it is a highly preventable deficiency. This study addresses this knowledge gap and makes suggestions and recommendations for further studies. It also highlights the need for other studies aimed at understanding the benefits and costs of screening, as against the cost of treating all residents.