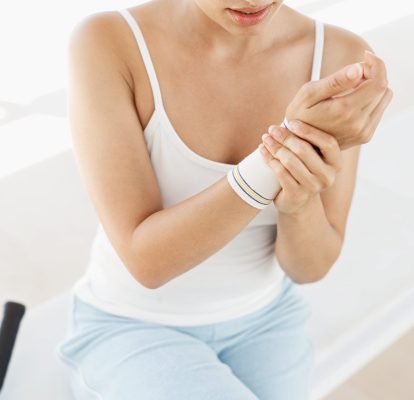 If you’re part of the growing tide of people who are experiencing joint pain and stiffness, like with osteoarthritis, you’ll want to read further to find out about three natural remedies and anti-inflammatory medications that could help.

In a large review of clinical trials, the research team found that glucosamine and devil’s claw are effective anti-inflammatory and/or pain preparations in the treatment of osteoarthritis. They even found evidence to suggest that these two alternative remedies are as effective as some standard pain and anti-inflammatory drugs.

The researchers suggested that another benefit of using glucosamine, devil’s claw, or acupuncture may be a reduction in the use of other pain medications, which in turn may lead to a reduction of side effects associated with these medications.

They went on to note that these three therapies offer alternative, effective and safe treatments for patients who can’t tolerate standard pain medications like acetaminophen or NSAIDs.

One final benefit determined by the researchers was that glucosamine, acupuncture, and devil’s claw might slow the progression of osteoarthritis and therefore improve long- term quality of life.

As for acupuncture, one clinical trial compared the cost effectiveness of advice and exercise alone to advice, exercise and either true acupuncture or non-penetrating acupuncture in 352 patients with osteoarthritis of the knee. The study authors concluded that, despite the additional costs incurred by adding acupuncture, it was still a cost- effective treatment.

The researchers concluded by saying that, although there are certain potential drug interactions and co-existing conditions to consider before recommending the use of glucosamine and devil’s claw, these interventions are generally well tolerated with few reported side effects. Side effects are mainly confined to minor gastrointestinal complaints, which are either fleeting or can be
suitably managed. Side effects associated with acupuncture appear to be primarily restricted to minor skin irritations and sleepiness.