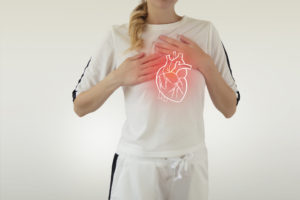 People with type 2 diabetes are more likely to develop heart failure and have a higher risk of death, according to new research published in Circulation: Cardiovascular Quality and Outcomes, an American Heart Association journal. The study shows that heart failure poses the most significant five-year risk of death for people newly diagnosed with type 2 diabetes compared with any other heart or kidney disease.

Previously, research has primarily focused on patients with a long duration of diabetes who are considered high-risk patients. This study aimed to learn more about the risk of heart failure in people with newly diagnosed Type 2 diabetes.

“With the emergence of novel treatments such as SGLT2 inhibitors and GLP-1 receptor antagonist medications for Type 2 diabetes, some of which are proven to reduce cardiovascular disease risk, clinicians are able to focus on cardiovascular disease and heart failure prevention in patients with Type 2 diabetes,” said Bochra Zareini, M.D., Ph.D., principal investigator and research fellow at Herlev Gentofte University Hospital in Copenhagen, Denmark. “Our study highlights which subgroups of patients need and could benefit most from targeted risk evaluation, prevention and treatment.”

The Development of Cardiovascular Disease

The study involved more than 153,000 patients from the Danish Health registers who were aged 18 and older without any prior heart and kidney disease and were newly diagnosed with Type 2 diabetes. After following patients for ten years, researchers found that 45.1% of them (69,201) were diagnosed with a cardiovascular or kidney disease. Researchers estimate the five-year risk of death, the five-year risk ratios, and the decrease in lifespan within five years is associated with the development of any cardiovascular disease, such as heart failure, ischemic heart disease, stroke, peripheral artery disease, and chronic kidney disease.

The study concluded that heart failure in combination with any other diagnosis in the study was associated with the greatest risk of death and the highest decrease in lifespan compared to combinations of other cardiovascular diseases and Type 2 diabetes. Death that was associated with heart failure development after five years of a Type 2 diabetes diagnosis was shown to be three times higher in patients with diabetes compared to patients without heart or kidney disease.

These risks were elevated regardless of when the patient developed cardiovascular disease after being diagnosed with Type 2 diabetes and the elevated risk of death was present in all subgroups based on the patient’s age, gender, and presence of other conditions.

Researchers do warn that their study has some limitations due to a lack of information surrounding clinical factors that would detail the severity of heart failure and Type 2 diabetes, and the progression and severity of Type 2 diabetes. Patients who were taking medications for Type 2 diabetes were also not noted, so findings should be interpreted with caution.