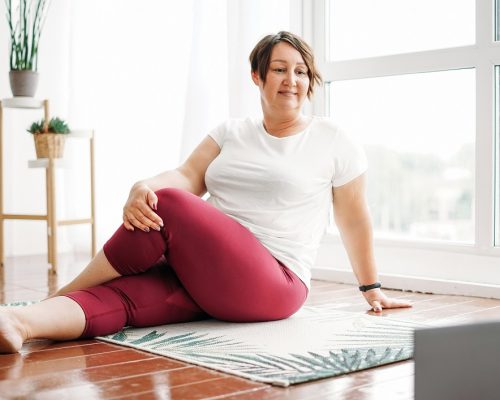 Those who suffer from anxiety may find relief in daily exercise. According to a new study published in Frontiers in Psychiatry, people who regularly participate in physical activity have a significantly lower risk of developing anxiety compared to those who do not exercise.
Many lifestyle changes can help with anxiety, but exercise consistently seems to be top of the list. This step to achieving wellness can help to prevent future issues and can easily be accomplished by playing a sport or even just going for a walk.

Anxiety disorders typically develop early in life and are estimated to affect approximately 10% of the world’s population. It is twice as common in women compared to men.

Although exercise has been put forward as a promising strategy for the treatment of anxiety, limited studies have been done on the impact of exercise dose, physical fitness level, and intensity on the risk of developing anxiety disorders. Until this new study, much of the discussion around exercise for anxiety was antidotal.

Researchers in Sweden began this study to answer the question of how exercise can affect anxiety. They showed that those who took part in the world’s largest long-distance cross-country race between 1989 and 2010 had a significantly lower risk of developing anxiety than non-skiers during the same time frame.

Their study was based on data from approximately 400,000 people who took part in one of the largest population-wide epidemiology studies, including both men and women.

“We found that the group with a more physically active lifestyle had an almost 60% lower risk of developing anxiety disorders over a follow-up period of up to 21 years,” said the first author of the paper, Martine Svensson.

“This association between a physically active lifestyle and a lower risk of anxiety was seen in both men and women.”

“Importantly,” said Svensson, “the total risk of getting anxiety among high-performing women was still lower compared to the more physically inactive women in the general population”.

More research is needed to understand the difference in performance levels among men and women and the correlation to mental health. Also, different sports should be evaluated as some outdoor focused sports may affect anxiety risk differently compared to indoor sports.