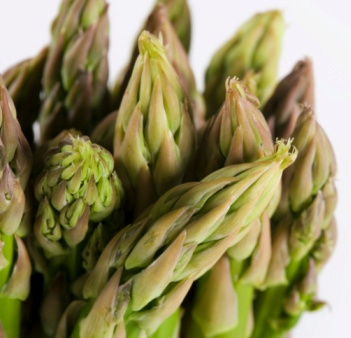 Cancer is a global health issue that has claimed the lives of millions of people of varying ethnicities, socioeconomic levels, and ages.  To reduce the risk of cancer, physicians often campaign for the inclusion of fruits and vegetables in regular meals, as well as participating in regular physical activities such as walking, jogging, and biking.  Termination of unhealthy vices such as smoking and excessive drinking of alcoholic beverages may also help avoid cancer.

What This Could Mean for Cancer Development

Cancer development involves the uncontrollable division of cells in a specific organ or part of the body.  This abnormal proliferation of cells during cancer development generally results in the production of a tumor, or a cancerous mass that often becomes physically visible after several rounds of cell division.  Cancer development may be triggered by different factors, such as exposure to hazardous chemicals that may be present at the workplace or at home.  In other cases, cancer development is caused by mutations incurred in the DNA of the cells of the body, resulting in the abnormal production of proteins that induce cells to divide.  Most of the cells of our body do not need to divide, especially when these are already mature and capable of performing its task in maintaining a healthy body.  However, certain cells are induced to produce more copies of its self and this occurrence has often been associated with cancer development.

The recent report published in the journal Current Oncology presents a potential cancer cure that involves a simple act— employing asparagus to reduce the risk of cancer.  Asparagus is a common green-stemmed vegetable that has been used for thousands of years.  Historical accounts indicate that asparagus was used in Egypt to treat disorders affecting urine production and unsupported accounts to avoid cancer.  To date, asparagus is commonly included in Asian stir-fry dishes and as an appetizer in most Western meals.

The research study involved the introduction of asparagus extracts to a cancer cells that were propagated in the laboratory.  The administration of asparagus extracts was performed to determine the actual impact of this vegetable in cell division, in the hope to identify a specific cancer cure.  The use of cancer cells grown in the laboratory also prevents the use of human beings in the experimentation.  To determine if the asparagus extracts possess a cancer cure potential, the resulting number of cells after treatment was examined.  The cancer cells were also tested for specific proteins that were involved in cancer progression and thus any observation related to the cessation of the production of these proteins may indicate that the vegetable may be a cancer cure candidate.

It may be unbelievable to imagine that the mere consumption of a simple vegetable such as asparagus may help avoid cancer, yet research efforts have shown that these natural food items may indeed be good for the health.  The recent report even showed that within 24 hours of addition of the asparagus extract to the cancer cells, signs of cell death were observed.  It may thus be helpful to included vegetables in our daily diets to receive essential vitamins and minerals, and more importantly, to avoid cancer.