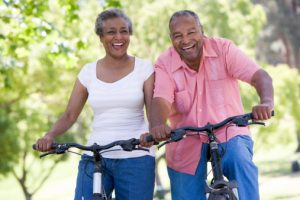 If you’re over the age of 60 and never exercised a day in your life, you probably think it’s too late to start now. Not only would you be wrong in that statement, but you would also be denying yourself the heart-boosting benefits exercise has to offer. Specifically, exercise can ward off heart failure.

When we think of exercise, many of us probably imagine younger adults who are spending hours in the gym lifting incredibly heavy weights. But exercise isn’t just about how much you can lift; exercise comes in many shapes and can be anything you make of it.

Furthermore, it doesn’t even matter how old you are; research shows that even beginning to exercise later in life can still offer your heart benefits and prevent heart failure. 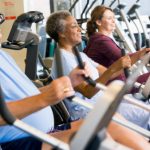 Senior investigator of the study, Dr. Chiadi Ndumele, said, “Our findings suggest that when it comes to exercise and heart failure, the better-late-than-never axiom rings particularly true, and that even small boosts in activity can cut risk.”

Researchers studied the exercise habits of nearly 11,000 Americans over the course of 20 years, as part of a government study on aging and heart disease. Participants started between the ages of 45 and 64 and had no prior history of heart disease. Activity levels were assessed in two consecutive visits over six years.

First author, Dr. Roberta Florido, concluded, “Many people get discouraged if they don’t have the time or ability to exercise vigorously, but our findings demonstrate that every little bit of movement matters and that picking up exercise later in life is decidedly better than not moving at all.”


Tips to reduce the risk of heart failure

If previously you did not exercise, begin with effective low impact exercises, such as walking or swimming. Aside from exercise, here are some tips that you can utilize to help prevent heart disease.

By following these tips and exercising regularly, you can ensure that your heart stays strong for many more years to come.