Home » General Health » This important person can extend your life 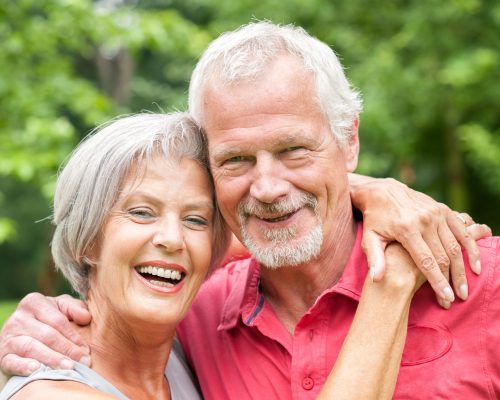 As a doctor, I am always giving health advice to my patients so they can not only live longer, but live better. It comes with the job, and a lifelong passion for natural medicine.

Sometimes, though, even I find it hard to practice what I preach, and this is where I give many thanks to my loving wife. After years of marriage, I can say that she has helped me stick to healthy habits, even during some difficult times when I’ve gotten ill.

I can now say that other men are also feeling the benefits of their wives as new research has shown that a happy wife truly does mean a happier life.

Research from the University of Michigan has put the catchy phrase to the test, examining the notion that a “happy wife means a happy life.” Their findings have come up positive.

RELATED READING: 850 American lives saved because of this…

The secret to living longer is with your spouse

The study, published in the Journal of Marriage and Family, examined responses from elderly couples who have been married for at least 39 years. The couples were asked to answer questions based on arguments, appreciation for each other, and understanding of feelings.

The couples were also asked to keep a journal and document their level of happiness within 24 hours of embarking on an activity together, such as gardening, shopping or completing chores.

The researchers found the couples generally rated a high level of happiness, and the men even rated their satisfaction slightly higher than their wives.

An area where the women rated lower than the men is when the man became ill – always a challenging time! – while the men continued to rate a higher level of satisfaction. The researchers suggest that during times of illness, the man relies more on the woman as a caregiver and therefore his satisfaction increases. I’m sure my wife would agree!

This is also significant because even in older age, men are still cared for by their wives nurturing them to better health. Professor Carr, lead researcher of the Michigan University study, told Medical News Today that marriage quality “provides a buffer against the health-depleting effects of later life stressors and helps couples manage difficult decisions regarding health and medical decision-making.”

But are men to blame? Probably not, according to research.

The female hormone estrogen boosts women’s immune systems, making them more effective at attacking bad bacteria. Clinical studies conducted on mice found when mice could not produce caspase-12, an enzyme which blocks inflammation and fights illness, were more susceptible to getting sick.

Men are put at a disadvantage simply because of their lack of immune-boosting hormones.

The notion that marriage benefits men’s health is also supported by a Harvard study which surveyed 127,545 American adults. Researchers discovered that men who were married had improved health in comparison to their non-married counterparts. These men also tended to live longer and have greater survival rate because marriage builds up immunity against disease.

RELATED READING: The surprising secret to a long healthy life

Marriage is prevention for illness

In fact, numerous studies on marriage and health all seem to come to the same conclusion: Being married helps you live longer. At the RANDCenter for the Study of Aging, researchers conducted a 22-year study involving more than 4,000 men. They examined changes in the men’s health through changes in their marital status – whether they got divorced, widowed, when they married and for how long.

Men who were divorced by the time they were 50 started to experience poorer health. If the men remarried, they could experience improved health once again. Also significant was married men in their 50s, 60s and 70s had lower mortality rates in comparison to their non-married counterparts. Those with the highest mortality rate were men who were single and chose to live alone, reconfirming the importance of social connections.

A report from Harvard also points to another marital benefit – better mental health. People in happy marriages have less depression, a reduced risk of Alzheimer’s, better blood sugar levels, and spend less time in a hospital. Marriage offers companionship and someone to help keep your health on track.

Living together without tying the knot counts, too

Marriage in the United States has changed dramatically over the years with divorce and blended families on the rise. People are marrying later, if at all, or opting to live common-law. The average marrying age has increased to 28 from 23 back in 1960. The rate of marriage has declined by as much as 50 percent since the 1970s.

When men and women are asked to rate their level of satisfaction within their marriage, men always rank their levels higher, further confirming the fact they are cared for and therefore have better health.

If you are single or living alone, don’t despair

Research has also shown that living with someone (never mind the wedding ring) can still yield good health. One of the main reasons that men experience poor health is loneliness, as it can take quite a toll.

But if you’re single or living alone, you can still take steps to improve your health. Make frequent phone calls to loved ones, invite some friends over for a meal, join in a local community group or class, or donate your time to help others. Even these small moments are enough to feel connected and deter the effects of loneliness.

Think of it as ‘helpful encouragement’

So the next time your wife, or partner, reminds you to eat your broccoli, or make that follow-up appointment, don’t think of it as an annoying nag, but rather helpful encouragement.

I can’t thank my wife enough as she continues to make sure I’m eating well, getting in my daily walk, and aiming for eight hours of sleep a night. We all live busy lives and sometimes we forget to look after ourselves. But she’s definitely got my back.