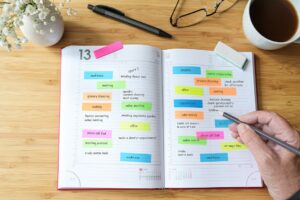 The early bird may get the worm – and better memory and happiness.

Researchers found that older U.S. adults who get up before 7 AM and spend more time active every day show better cognition and have fewer depressive symptoms than those who get up later or are less active.

Staying active throughout the day seemed important, although the study does not prove that sleep schedules and activity prevent mental decline or depression.

It does not suggest that older adults must constantly be “on the go” to ward off memory loss or depressive symptoms. “Activity” includes not just physical exercise but mental and social stimulation as well.

Running errands, going for a walk, playing a game with grandkids, and spending time with friends can all contribute to an active, “robust” lifestyle.

A body of research suggests the interconnectedness of sleep, activity, cognition, and depression. However, it is likely the relationship goes both ways. Older people who are depressed or have memory and thinking troubles are more likely to have erratic sleep habits and tend to go out into the world less.

At the same time, setting a regular sleep schedule and keeping the mind and body active are healthy habits. They are pillars of health.

Researchers looked at 1,800 adults with an average age of 73 who wore wrist monitors continuously for a week to track movement. They also completed questionnaires to assess depression and memory, and thinking abilities.

They found that there were four common activity patterns. The largest group – 38 percent – had what researchers called an “early/robust” pattern: they got up before 7 AM and were active for over 15 hours each day.

In the second largest group – 33 percent – people got up a bit later or settled earlier at night, and were active for 13 hours per day.

The final two groups – about 30 percent of participants – had less regular routines. The people in these groups had the highest levels of cognitive impairment, at 18- and 21 percent. They were also more likely to have clinically significant depressive scores.

Setting a sleep schedule and increasing activity can help you be happier and healthy, so try working on these things. Starting with a little activity each day can help you move in the right direction.