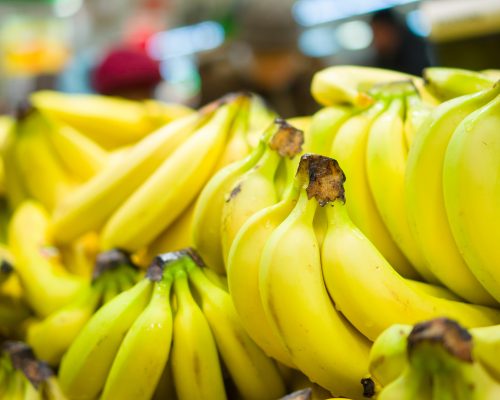 Imagine this… a fruit that has been altered to be more nutritious. Would you buy it if you knew it was healthier? How about if you knew that the alteration would make it taste better?

Well that theory isn’t too far off. New advancements in gene modification could bring crops like bananas and pears to your nearest supermarket that last longer and are more nutritious. If you’re trying to eat more unprocessed whole foods to reap the benefits, scientific enhancement sounds like a good thing.

Be assured, too, this process could happen without introducing any foreign substance or chemical to the crops. This isn’t your run-of-the-mill genetically modified organism (GMO), either.

RELATED READING: Relief from pain and swelling with this tropical fruit

‘Superfruits’ coming to a store near you

Research published recently in Trends in Biotechnology discussed how changes in our ability to modify the genes of crops could instead be used “edit” the fruit, rather than change it. The term for this new-and-improved doctored fruit is genetically edited organism (GEO).

While controversial GMO crops have foreign genes introduced to them, GEO ones have the existing genes altered without any unnatural additions. This means there could be wider acceptance because they are considered more natural. Scientists “tweak” the genes to provide more nutritional value, better taste and texture, and to make them easier to grow. Researchers say this is a way people could accept the idea of edited crops, particularly if these crops are labeled and classified as non-GMO by regulatory bodies.

Controversy surrounding GMO produce continues; there are certainly pros and cons. Farmers have long been cross-breeding plants and crops to get the characteristics of both species in a single fruit or vegetable. In the 1970s biotechnology brought the ability to add in specific genes that give desirable properties or remove undesirable ones, even if those genes come from a different species altogether.

Some argue GMOs can help us feed a growing world population by providing more varieties of crops that are resistant to pests and drought. Others contend the technology is untested and potentially dangerous. As we’ve seen with things like trans fats, it often takes a while for us to recognize the health impacts. With GMO foods, concerns have been raised about possible effects on stomach bacteria and resistance to antibiotics, and playing a role in allergic reactions.

GMO produce has been particularly contentious in Europe where sales of produce went down once the GMO label started appearing on more foods after stricter regulations came into effect in 2004. The issue is still openly discussed in the United States, where foods containing GMO ingredients do not have to be labeled, according to federal rules. Many states, however, are working toward their own labeling laws for GMO foods.

Why genetically edited organisms (GEOs) could be great news

Kanchiswamy says genetic editing can help people accept the potential of modifying crops in a more natural way. Produce may be edited to be healthier by tweaking the amount of vitamins and minerals. “We would like people to understand that crop breeding through biotechnology is not restricted only to GMOs,” he told Science Daily. “Transfer of foreign genes was the first step to improve our crops, but GEOs will surge as a ‘natural’ strategy to use biotechnology for a sustainable agricultural future.”

Science has certainly come a long way, but you may have to decide for yourself if this is something worth the money. If that shiny red apple tastes the same, yet boasts an “edited” nutritional content that might be better for you, is it a fruit you’d be willing to try?