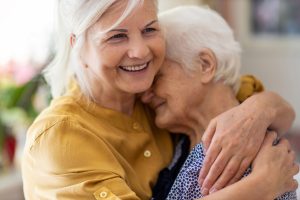 New research has defined modifiable risk factors that have the most significant influence on dementia. According to scientists, nearly half of all dementia cases in the U.S. are connected to low physical activity, obesity, and high blood pressure. As these are easily modifiable risk factors, these findings suggest that a large portion of dementia cases could be prevented.

The number of dementia cases in the U.S. has been climbing along with population ages. Approximately 5.8 million U.S. adults live with Alzheimer’s disease and related dementias each day. This number is expected to hit 14 million by 2060, with Hispanic and black adults seeing the most significant increases.

For this new study, researchers set out to determine if some of these risk factors had a greater influence than others on dementia. They also wanted to know how it differed among black, Asian, Hispanic, and white adults. Data was analyzed from the Center for Disease Control National Health and Nutrition Examine Survey and five other datasets.

It was determined that 42.4% of all dementia cases in the U.S. were linked to the 12 factors, with three heart-related factors standing out among the others across all races. Physical inactivity contributed to 6.7% of these cases, obesity to 7%, and high blood pressure, also known as hypertension, contributed to 6.7%.

The study noted that higher rates among Hispanic and black people might be due to higher rates of diabetes and heart disease, which are also linked to dementia risk.

Researchers believe these findings point to the need for better strategies to help reduce heart-related risk factors. By taking steps to modify health risks, dementia risk can be lowered. Lifestyle changes, combined with medication as needed, should be part of a healthy lifestyle change.

Researchers say the next step is to determine which interventions are most effective for reducing each of the 12 modifiable dementia risk factors. A deeper investigation is also needed into the social detriments of health.

Taking Care Of  Your Brain Function

Mental health and brain function are important aspects of health to take care of as you age. As this study shows, modifiable behaviors can go a long way to helping decrease the risk for dementia, and there are numerous factors that can take a toll on the ability of the brain to function at peak potential, causing concentration, memory, and cognitive function problems.

The Smart Pill is a unique formula that can help combat environmental and behavioral factors with its nine ingredients to support, nourish, and maximize brain health. With ingredients including ginkgo biloba, huperzine A, rosemary extract, and more, it can help to boost circulation, fight free radicals and provide nutritional support to assist in healthy brain function.