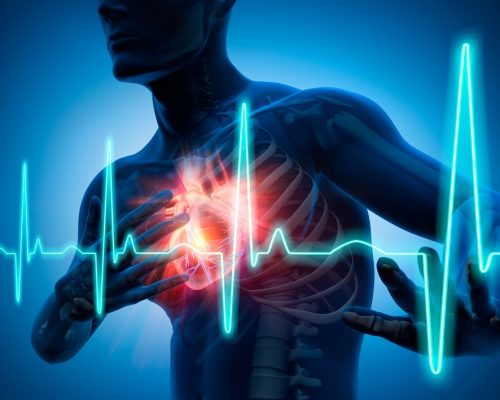 For people who have a common age-related blood condition, anti-inflammatory therapies may be an effective way to reduce heart disease risk. According to a new study from researchers at Columbia University Vagelos College of Physicians and Surgeons, patients with the blood condition clonal hematopoiesis often have poor atherosclerosis and could benefit from an anti-inflammatory drug.

“Over the years, researchers have learned that the aging process itself is a major contributor to cardiovascular disease,” says Trevor P. Fidler, Ph.D., study’s first author. “But how aging itself can lead to heart disease — and how it could be prevented — is not well understood.”

While many advances have been made in medicine to reduce atherosclerotic heart disease, physicians still see an increase in disease. Statins that lower cholesterol in the arteries help in some ways, but heart disease is still prevalent in the population. Because of these increases, studies are trying to find ways to reduce the risks involved.

In the study, researchers took a close look at clonal hematopoiesis that is associated with aging. The disease is thought to occur in roughly 10% of people over the age of 70, yet most of them have no symptoms. Even though it is a seemingly silent disease, it does raise the risk of heart disease by 40%.

Clonal hematopoiesis occurs when blood stem cells form mutations. Most of these mutations have no impact. However, in a small population, some mutations can supercharge the stem cell, so it produces a greater number of blood cells than other stem cells.

Clonal hematopoiesis usually happens when one of four specific genes is mutated. For this study, researchers focused specifically on JAK2, which causes the biggest risk of premature coronary artery disease.

Researchers found that the JAK2 mutations led to increased inflammation in the atherosclerotic plaques in studies done on mice.

“We know in humans that such regions are associated with unstable plaques, which can rupture, causing heart attacks or strokes,” Fidler says.

By using anti-inflammatory therapies to treat JAK-driven clonal hematopoiesis, patients may reduce the risk of heart disease. Some patients may see no improvement in infection, but the cardiovascular benefit will be increased. More research is needed to confirm these findings in humans.