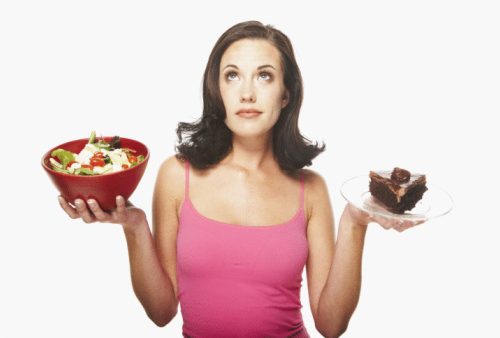 Many experts will say the one benefit to having dinner out on the town, is atleast you are aware of the fact you aren’t in control of what’s in it. This can glaze over by using sheer ignorance, the fact that the food you are eating at restaurants is more than likely full of all kinds of fat and calories and is usually junk food.

However there is a whole other evil, and it’s lurking right underneath your nose, where you do have full control over things: in your own kitchen! There is a good chance that if you are like the majority of people, you consider the idea of eating at home to be a much healthier option. But is it really? The same junk food, fat, salt and additional calories could still be lurking in your own fridge, they could be hiding in places that you don’t really expect.

RELATED READING: Wonder Bean Has The Power Of Svetol® So You Can Lose Up To 12 lbs In 4 Weeks

Here are a few places that you might be finding extra calories, salt and fat, without realizing it.

#1-Junk Food Offender in Your Fridge is Mayonnaise

It is a lot easier than you think for fat and additional calories to add up when you lay the mayo on thick. If you use a little, it might not make a huge difference, but most people who use mayo, use a lot. And the calories and fat can really become formidable in a hurry!

#2-Junk Food Offender in Your Fridge is Lunch Meat

Just because you aren’t going to the deli every day at lunch and getting a sandwich with all of the fixings, doesn’t mean you are skimping on calories and fat by eating the same food made at home. The truth is lunch meats contain a lot of stuff that isn’t great for your body. The long list includes salt, preservatives, sugar, fat, and lots of calories.

It isn’t much of a secret the dangerous effects of alcohol on your liver and overall health, but people should be aware of the fact that even if you don’t indulge often, alcohol means a lot of calories which are considered “empty calories”, and fat can build up in your liver after very little drinking. So it might be best not to tempt yourself, especially around the holiday season, and keep the alcohol out of your fridge entirely.

#4-Junk Food Offender in Your Fridge is Margarine

A lot of people think margarine is a healthy version of butter, but that is way off the mark. Just because it uses vegetable (or another kind of) oil instead of high-fat cream, doesn’t mean that there is anything about margarine that you should take fore-granted. The truth is each serving of margarine is bad for you because it contains high amounts of trans fat, as well as almost 100 calories per serving. So finding real fruit spreads or natural nut butters might be a healthier option instead of wrongly replacing butter with margarine.