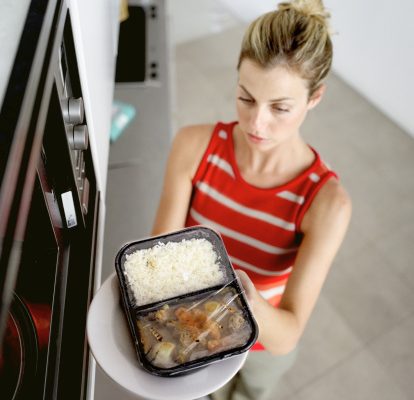 The term “processed food” is one that you likely hear quite often. When you think of processed food items, you likely have a mental image of all kinds of gross junk food items. Maybe the infamous and well rumored slime that is supposedly found in the dark back rooms of all the fast food establishments. With regards to any potato chip, you’ve likely heard of the trans-fat nightmare, and how it is linked to not only obesity, but various other health issues as well.

Did You Know – Processed Food in Places You Don’t Expect…

However, if there is one big processed food “scam” on the market, and lurking around grocery stores these days, it’s the idea that a lot of these common junk food items aren’t necessarily who you should be pointing the finger at. While they are certainly not good for you, the key is, they are obvious. And it’s what you aren’t noticing that is most frightening.

Many food products that you are quick to grab on the promise of good health are in fact loaded with sodium and sugar through the food processing ordeal, and you wouldn’t even know. And isn’t this thought a lot more scary? The idea of processed food lurking around in your fridge or freezer, or in your kids lunches under the glaze of being healthy?

If you see a package of dip for chips on the store shelf, the fact of the matter is, if it is pre-packaged, there is a good chance that it has been injected full of something that would make you raise an eyebrow. It could be salt, it could be fat, but there is all kind of branding in place that gives the illusion that something could be a whole lot healthier than it actually is.

What are You Supposed to Do to Avoid Junk Food Lurking in Your Fridge?

It’s common sense, but many people need the occasional reminder that the fastest and easiest way to have the  most control over the food that you actually take in, is to make it from ingredients you hand pick from the produce section yourself. Using the example of dip for chips: You have a pretty good idea, that it tastes the way it does because of a sneaky amount of fat, or salt – but consider going out and doing your research, and making your own dip at home. That way you are fully aware of the ingredients, in what quantities, the level of freshness without the guess work of reading the complicated labels on the packaging.

Another Common Trick of the Junk Food Trade…

Fortifying nutrients into a prepackaged product is something else the wary consumer should be on the lookout for. Just because a cereal, or other processed food comes with the claim of being “fortified with vitamins and minerals” on the label doesn’t make it any less of a junk food. The vitamins could well have been fused into the product, but the harm of various fats and added calories remains.

Nutritional experts will maintain the best way to control what you consume is to make it yourself. Don’t be so quick to think that just because something claims to be healthy, or doesn’t fall under the “obvious” label of junk food, that it isn’t over processed, and equally as unhealthy as a result!