Home » Heart Health » Why hiccups are more serious than you think 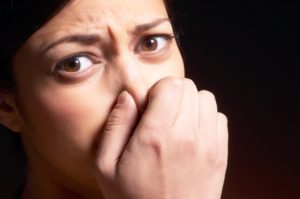 Whether you drank a fizzy soda too quickly, or swallowed too much air, these habits can lead to hiccups. Not only are hiccups annoying, sometimes they seem impossible to get rid of. The majority of the time hiccups are harmless, but new research suggests that hiccups may be a potential symptom of a serious health risk.

Researchers at Ohio State University’s Wexner Medical Center suggest that severe hiccups – ones that appear suddenly and cause pain – are a sign for stroke. Severe hiccups do come with other symptoms of a stroke – such as chest pain and all-over numbness – but these other signs are overlooked when severe hiccups take over.

Researchers polled 1,000 women and asked them if they were aware that severe hiccups were a sign of stroke. Only 10 percent of them were aware, meaning there are many people out there who don’t understand the connection.

Researchers suggest when a person enters the hospital with severe hiccups, as well as tingling sensations doctors should administer anticoagulant medications. These medications could prevent a clot that leads to stroke.

The Centers for Disease Control and Prevention estimates that stroke is the main cause of death in 130,000 Americans each year. 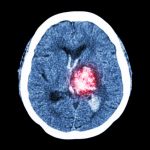 A stroke occurs in the brain due to a lack of oxygen, commonly caused by a blood clot. Another cause of stroke is from a hemorrhaged blood vessel (hemorrhagic stroke).

Damage caused by stroke is dependant on what part of the brain was affected. Some people might lose their ability to speak, others could suffer from paralysis.
If caught early, treatment can begin immediately to reduce the effects of stroke. The key is to recognize the signs and symptoms of stroke and know when to call emergency personnel.

How to spot a stroke

Aside from severe hiccups, there is a quick acronym to rely on when determining if someone is having a stroke. It goes by FAST.
Face drooping
Arms cannot be raised
Speech impaired
Time to call 911.

By recognizing the symptoms and signs of a stroke you will not only reduce the effects of stroke, but you can save a person’s life.

Long-term effects of stroke on memory

When blood can’t reach vital organs it can lead to many health consequences. When blood flow is limited in the brain it can result in a stroke. The more the brain goes without the oxygen and nutrients our blood carries, the more likely it will result in permanent brain damage. Continue reading…

Look for these signs to spot a stroke

Research shows that close to 800,000 Americans suffer stroke every year. About 140,000 die from them. It’s estimated that one out of every 20 deaths in the United States can be linked to this brain-damaging condition. Continue reading…