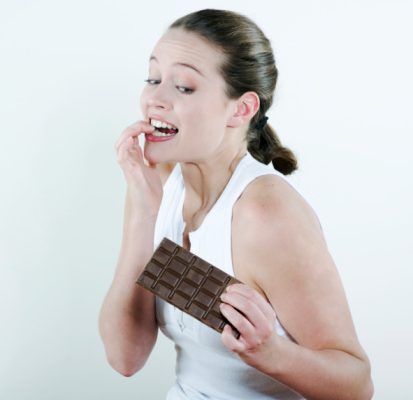 When you think about addiction, the thought that comes to mind might be one of a person who can’t kick the smoking habit, or a person with a drug addiction problem, or someone who is predisposed to addictions as a whole. What you might not be the first to think is that for any number of reasons, diets can be addictive, but so can the food found within these diets and they aren’t light on calories either.

There are foods (mainly high in calories too) that you might feel you crave so much that they border on addiction. So what are some of the most common foods that people have coined as addictive? And should you avoid these foods from your diets, for reasons that don’t just involve cutting calories? Are Here is are a few foods that keep you wanting more…for better or worse:

Cheese is everywhere, it’s high in calories, it’s high in fat and it’s not good for you. It’s on pizza, burgers, and cheese spreads and flavoring appear in a whole host of different foods. But are you shocked to learn it is actually addictive? There are several studies that clinch the theory. Cheese could actually be addictive as some experts have claimed that there could be a natural presence of opiates in the protein found in cheese.

While the amount of the opiate could be miniscule, it could certainly be enough to have you coming back for more which could be doing a real number on any efforts to lose weight or count calories. This is a food that is best kept in extreme moderation within the confines of your diets, as the simple mention of the presence of opiates in cheese doesn’t have much of a ring to it if you want to watch your health.

This One Won’t Shock You But It’s Still a Huge Concern: Sugar Addiction

Sugar is high in calories and the list of health concerns with almost all kinds of sugar is long. But can you really get addicted to it? There are some studies that say that when you eat that high sugar candy bar your brain can actually be affected. When you eat sugar, some studies have concluded that opiods in the brain can be released which can lead to feelings that might have you “needing” to come back for more. This feeling of pleasure can go away when the “high” wears off, leading the individual to seek these feelings out again. The well known “sugar crash” has been documented as when these levels plummet. So it might not just be the calories you worry about the next time you consume sugar as a part of regular diets…

Extremely High in Calories and a Real Addiction:  Chocolate

It seems to be common street talk that people claim to be “chocoholics”. One reason that people may feel they are addicted to chocolate is the vast chemical compounds found within chocolate as a part of regular diets. The truth is, chocolate as a regular part of your diets might not only be high in calories, but there are many other concerns too. There are several chemicals that can trigger an active brain response. Theobromine, anandamide and tryptophan and phenyethylamine are all found to have pleasure inducing effects that can affect your brain. But there is a second opinion to this argument, there are researchers who conclude that these same chemicals do appear in other parts of normal diets, and people don’t claim to be addicted to those foods.

So there could really be some truth to the argument that food addiction can happen. Keeping well informed of the food that you and your family consume as part of your regular diets can stop the potential of an issue with food that falls outside of the idea of a thicker waistline, or higher amounts of calories.