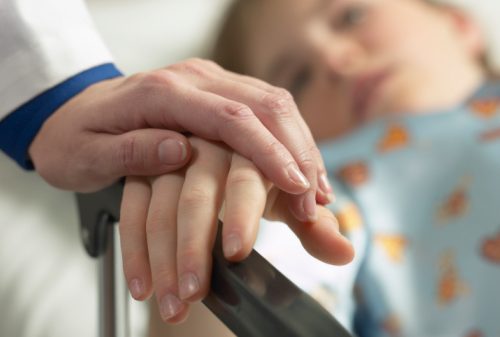 Cancer is one of the most severe diseases that could ever affect the human population, resulting in the death of millions of people around the world. Receiving a positive diagnosis for cancer can be devastating, especially when the patient does not fully understand the concept of cancer development. There may be questions in a patient’s mind— “If I lived a healthy life, would my chances to avoid cancer be smaller?” or “Why me? Is my cancer risk higher than others?”

According to a recent report published in the Annals of Oncology, a number of cancer myths have influenced how society treats the idea of cancer, including that of adapting measures to avoid cancer and to decrease cancer risk. It is thus important to identify these cancer myths and explain the actual facts about cancer development in order to understand the most effective approaches in decreasing cancer risk and ultimately avoid cancer.

Myth: Cancer is a fatal disease. Cancer development involves the abnormal division of cells, resulting in the development of a tumor in a specific part of the body. Cancer development generally takes years and thus it is important to detect the initial stages of cancer in order to administer treatments and prevent its further progression. Cancer can become fatal when it is diagnosed at the terminal stages, wherein any form of treatment is too late and the cancer cells have already spread to the rest of the body. It is therefore critical that regular medical examinations be conducted in order to avoid cancer and decrease cancer risk. And as most health programs mention, the best way to avoid cancer is to lead a healthy lifestyle.

Myth: Cancer is contagious. Cancer development is generally triggered by two major factors, namely environmental exposure and genetics. Exposure to harmful carcinogenic chemicals, such as those present in cigarette smoke, may increase cancer risk and speed up cancer development. Health agencies recognize the strong correlation between smoking and cancer and thus promote smoking cessation as a major act that could help avoid cancer and decrease cancer risk. Genetics also plays a major role in cancer development, wherein specific cancer genes are mutated and trigger uncontrollable cell division and production of a tumor. However, it is important to understand that not all cancers are heritable and thus it is still possible to avoid cancer. It is also important to know whether a certain cancer type runs in the family in order to take preventative measures to decrease cancer risk. If cancer does run in family, it would be helpful to be proactive with ways to avoid cancer.

Myth: Cancer is a punishment. To some cultures, cancer development is perceived as a form of punishment for a wrongful act performed by a person. Similar to karma, most Eastern cultures consider that an increased cancer risk is the response of the universe for the damage and pain that one had inflicted on another person or group of people. In addition, these cultures think that despite adapting various ways to avoid cancer, cancer development still ensues, eventually and ultimately resulting in the person’s death. It is a scientific fact that cancer development is mainly due to mutations that are caused by exposure to harmful agents or by defective genes that have been transmitted from one generation to another.

There may be other cancer myths that have not been included in this list, yet it is essential to understand that cancer development is a biological phenomenon of which its fine details and mechanisms still remain to be discovered. To date, majority of the cancer genes in the human genome have been identified through DNA sequencing and genome analysis, yet the specific functions of each gene in relation to cancer risk remain elusive. However, leading a healthy lifestyle, including eating a diet high in fruits and vegetables and engaging in regular exercise, has been recognized as a helpful approach to avoid cancer. There are also other conditions that have been strongly associated with cancer, such as being excessively overweight or obese. It is thus important to maintain a normal weight to avoid cancer and decrease cancer risk. Smoking has also been identified as a major causative agent for cancer, thus quitting smoking can reduce cancer risk.