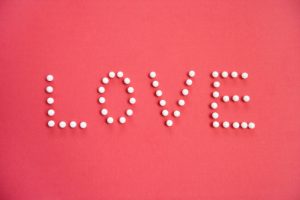 Valentine’s Day is just around the corner and the signs of love are everywhere. Reminders to purchase a pink or red wrapped gift are in every store, extravagant bouquets prominently displayed as love songs are piped through the speakers, but have you ever wondered why we are so inclined to proudly declare our love? To better understand why it is you may be so head over heels for your partner, we’ve decided to take a look at the science behind love.

Love has been classified as an emotion rather than just a feeling, as it has an effect on your bodily systems and behavior. When you are in love, your brain secretes hormones that affect your mood and state of mind. The first stage of love is marked by estrogen and testosterone, hormones that drive sex and lust. Following this stage, your heart races due to the presence of norepinephrine, or adrenaline. You also experience a euphoric feeling as dopamine is released in the brain, while serotonin levels drop, encouraging infatuation. This infatuation and euphoria then move on to a long-lasting attachment that fosters a solid bond. Hormones like oxytocin and vasopressin are released by the nervous system to cement a long-term attachment.

Oxytocin is expressed during orgasm to encourage bonding between partners when they are intimate, while vasopressin has been found to be a key component to the success of long-term relationships. The importance of vasopressin was discovered in a study of prairie voles, in which the males were given a drug to suppress the release of vasopressin and, as a result, the bond with their partners weakened and they did not protect them from other suitors.

Pheromones are also at play when people form an attraction and fall in love. These are chemicals that are released into the air and affect the behavior and physical reactions of others of the same species, allowing suitors to differentiate themselves from rivals. This is seen all over the animal kingdom, including in the world of arachnids. Scientists have found that female spiders produce a chemical signal that is left on their web that attracts male spiders that of the same species, but are from other spider populations. This allows them to procreate with those who are not genetically similar, creating stronger offspring with better immune systems.

This behavior has also been seen in humans, as demonstrated by a study conducted by the University of Bern in Switzerland that had a group of women smell unwashed t-shirts that had been worn by different men.
Blood samples from the men and women were taken to establish a genetic profile of their immune systems, and it was found that the women preferred the scent of a t-shirt belonging to a man whose genetic profile was more different from their own. This led researchers to conclude that women were more attracted to pheromones emitted by men who were genetically different, supporting the idea that humans, as well as animals, choose mates based on the potential genetic benefits for their offspring.

While love may be explained by a series of chemical and biological reactions, this does not lessen the intensity of the emotion. The scientific basis of love proves that it is a natural part of the human experience, so go ahead and buy the flowers—it’s human nature.

The Healthy Truth: How love affects your health

The “Love Hormone” Could Boost Mental Health and Function