Home » Pain Management » Headaches » The Reason You Might Be Getting Migraines 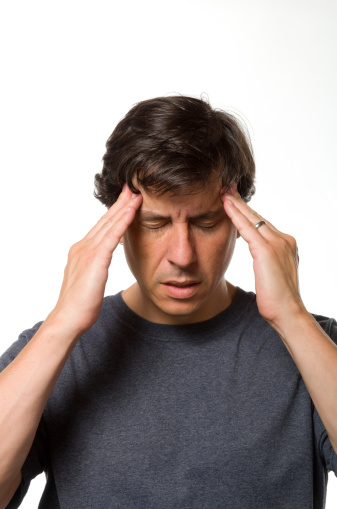 If you suffer from migraines, you know just how debilitating they can be.  And, if you’re like most migraine sufferers, you’ve probably tried every remedy available. While some may provide you with temporary relief, many are just useless. Many sufferers end up helplessly curled up in a dark, quiet room until the pain subsides.  While various causes of migraines have been suggested, new research from the Perelman School of Medicine at the University of Pennsylvania has managed to pinpoint an actual physical difference in the arterial network of the brains of migraine sufferers. This discovery could pave the way towards new and more successful treatment options for migraine victims looking to free themselves once and for all.

What is a Migraine?

Migraines are a type of headache that can cause intense throbbing or stabbing type pain in one area of the head.  Migraines can occur with or without an aura.  An aura can occur before or during a migraine attack. Auras are nervous system responses that are often visual in nature (such as flashing lights); however, they can also be motor, verbal or sensory disturbances.  Migraines are commonly accompanied by nausea, vomiting, as well as sensitivity to light and sound, and can last from hours to days.   Various treatments exist for migraines including prescription medications as well as diet and lifestyle modifications.

What is the “Circle of Willis”?

170 participants, divided into three groups, were included in the University of Pennsylvania study.  The first group was comprised of people who had never complained of migraines, the second group was comprised of migraine sufferers who experience an aura, and the third group was comprised of migraine sufferers who do not experience an aura.  Researchers used a magnetic resonance angiography to look at the blood vessel structures within the brain, as well as a non-invasive magnetic resonance imaging technique, known as arterial spin labelling, to measure changes in blood flow within the brain. The results showed that components were missing in the circle of Willis in 73 percent in individuals that suffered from migraines with aura and in 67 percent of individuals that suffered from migraines without the visual or sensory disturbances.  In comparison, the circle of Willis was only incomplete in 51 percent of the control group individuals who did not report migraines.  Interestingly, abnormal changes to the circle of Willis and blood flow within the brain were most commonly found at the back of the brain where the visual cortex lies.  Simply put, the researchers state that this may be the reason for many of the visual changes that migraine sufferers often experience.

The researchers point out that the association between migraines and the circle of Willis abnormalities are common, and are likely just one of the triggering causes of migraines in affected individuals.  Additional research that investigates treatment options for those with incomplete blood vessel structures in the brain is needed.  Once treatment options are identified, testing the integrity of the circle of Willis in migraine sufferers may help to focus treatment for optimal results.