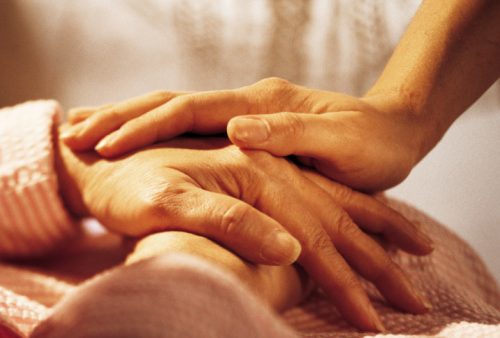 Parkinson’s disease pertains to neurodegenerative disorder that is mainly characterized by intermittent shaking of the limbs, as well as the loss of memory. This chronic disease generally starts around the age of 50, although certain symptoms may be observed at an earlier age. Parkinson’s disease mainly affects the capacity of an individual to perform motor activities, such as walking, eating, and even the simple act of bathing. For more advanced stages of the disease, a loss of memory also occurs, making it more difficult for an individual to perform his or her routine tasks. Parkinson’s disease may also affect a patient’s loved ones, especially when the patient shows signs of forgetting important names, dates, and events. Scientists and physicians have thus focused their research efforts in finding ways in maintaining the brain’s capacity for memory, and identifying treatment schemes that may prevent further deterioration of the disease.

Memory Loss and Forgetfulness Aren’t the Only Symptoms

Although the most common features of this neurodegenerative disease have been documented in patients, the actual cause and treatment for this disease remain elusive. Researchers recognize that the brain and the rest of the central nervous system of patients with Parkinson’s show poor structure and function, thus possibly resulting in the typical physical characteristics of the disease. The loss of memory among patients with Parkinson’s has also been associated with this deterioration of the nerve cells of the body. It is thus important for researchers to identify an effective treatment that may prevent this destructive activity that is occurring in nerve cells, with the possibly of ultimately preventing the loss of motor activities and memory in a patient. Researchers have given extensive attention to natural products as a source for treatment schemes for this neurodegenerative disease.

According to a recent medical report published in the journal Public Library of Science (PLoS) One, a specific pesticide called rotenone, may be associated with the development of Parkinson’s disease. Rotenone is an organic chemical that does not present any odor and thus is may be present in the environment without any of us knowing of its existence. Rotenone has been used in insecticide sprays and powders that are sprinkled in gardens as treatment against the infestations of mites and other insects.

The recent medical report explained that rotenone has the capacity of entering the cells of the body and interrupting normal physiologic processes of the microtubules, which are the subcellular structures responsible for moving chromosomes during cell division. Abnormal movement of chromosomes during cell division may result in the generation of dysfunctional cells. When a cell is incapable of performing in normal activities, it is highly likely for this cell to deteriorate and eventually undergo cell death. It is thus possible that rotenone may be a cause for Parkinson’s disease, which mainly involves the degeneration of nerve cells of the central nervous system, resulting in uncontrollable tics and jerks and a loss of memory. There is a still a need to identify treatment schemes to correct the damage that has been inflicted by rotenone.

An interesting contribution of this recent medical report involves its explanation that other chemicals possessing structures similar to rotenone may exist in the environment. Similar to the effects of rotenone, these chemical analogs may also enter the cells in affect cell division and result in cell degeneration and death, as well as loss of memory. In addition, certain vines and weeds that are thriving in gardens may also produce chemicals similar to that of rotenone and thus it may be difficult to directly identify the actual causal factor that is responsible for the development of Parkinson’s disease in every patient.

The findings presented in the medical report helps readers understand the mechanisms behind Parkinson’s disease, including its impact on motor activities and memory. It is the hope of every neuroscientist and neurologist to find an effective treatment that could reverse the neurodegeneration of cells of the central nervous system. It may be possible that in the future, once the actual cause of this neurodegerative disease has been identified, treatment plans for nerve cell damage will arise and improve the health of the general society